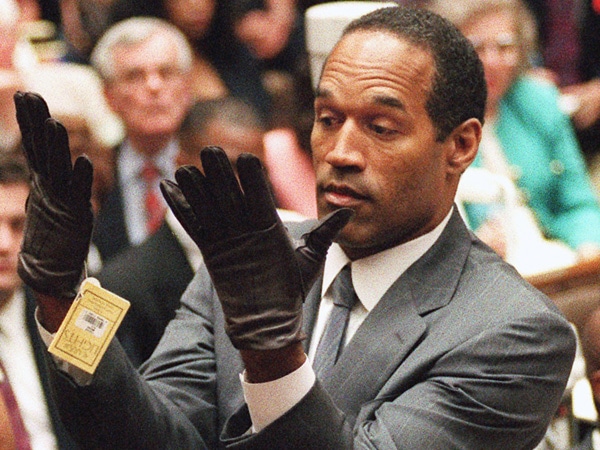 The airing of the current television series, The People v. O.J. Simpson, brought back a mixed emotional torrent — ambivalence and disgust, anger and confusion, bitterness and disbelief, despair and hope. I was in a gym the afternoon the O.J. verdict was announced: October 3, 1995. All of us in the gym — regardless of color or ethnic derivation, regardless of age or gender, regardless of religious practice or political persuasion — had gathered around one of the many TVs in the cardio section. We stood in stunned silence as the verdict was read. No one spoke afterward. The gym staff didn’t turn the music back on. Except for an occasional clanking of weights or the whirring of treadmills and elliptical machines, the gym had the silence and the ambiance of a tomb. Recalling that day caused that torrent to flow into this post as if more than 20 years hadn’t passed.

In an ideal world, reaction to the O. J. Simpson verdict, so clearly divided along racial lines, would have constituted a wake-up call, might have compelled people of all colors, persuasions, politics, and blindness to come together — not apart — to understand what provoked jubilation at releasing a murderer, what prompted celebration at cutting off the nose to spite the face, why we put our community at risk and drove the wedges of racial separatism deeper, all in the cause of putting one over on The Man. But this is not an ideal world.  In this world, it’s easier and safer to remain apart.

Perhaps if I’d been a better student of American history — or psychology — I might better understand wrongs that require perpetuation of wrong to set right. Perhaps I’d understand why, even as we rhetorically decry separatism, we separate. Perhaps I’d be able to understand and join in the victorious elation that was expressed at the release of one who chose to murder. But I don’t understand; although, the reasons for this self-defeating conundrum may be simple.

The noted civil rights activist and head of the Congress of Racial Equality, Roy Innis, observing the behavior and rhetoric of his fellow African Americans during the Simpson trial, citing his growing fear of the impending verdict, remarked on a TV talk show that he was troubled because, “Our people are circling the wagons.”

There it is: Circling the wagons. Mr. Innis anticipated O. J.’s acquittal by a jury of his racial peers; and he deplored its wrong-headedness and cowardice. But he knew it would happen. He was visibly saddened. And the dance continues.

As these groups and all others continue to deepen their commitments to their righteously separate identities and ideologies, perhaps this truth explains all reactions to the Simpson verdict: We don’t freely and openly discuss differences — we circle wagons, we hate, we separate, we throw babies out with bathwater in the emotionally misbegotten hope of achieving vengeance, retribution, spite. If we realize that hope, if we achieve our emotionally driven ends, we call the results justice. And the hideous dance continues.

Defining moments rarely feel like defining moments when they happen. They’re earmarked in retrospect and catalogued in history. They’re often missed by those who live through them. The changes they precipitate are always painful. But we appear to be running out of time and options.

Now, more than 20 years later — in a new year, with new opportunity — we have the chance to make this moment a defining one. In it, our options, like the explanation for our reactions to the O.J. verdict, may be simple, as simple as simple answers to five more questions:

At the very least, we might join in prayer that the answer to the last question will be no.