The Ox is Gored 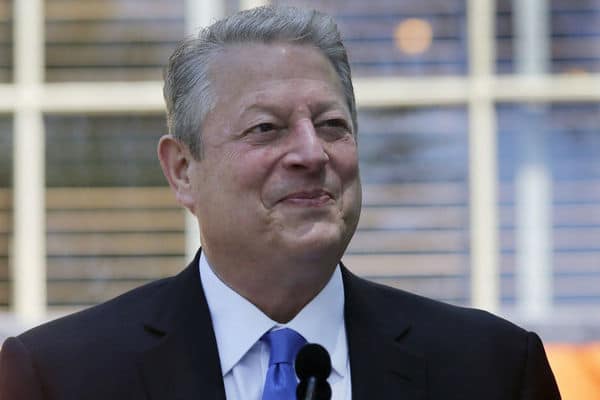 “What do you get for the man who has everything?”

That question is so frequently asked it’s become a cliché. But if you happen to have that perennially smug gas-guzzling gasbag, flimflam artist, and serial hypocrite, Al Gore, on your Christmas list, you just hit the jackpot: “Sky deck with panoramic views could be added to the roof of an existing aircraft.”

That’s right. You can give Big Al, from his very own private jet, a pansophical view of the planet he’s bamboozled, a sight almost as big as his ego. And you can do it for a bargain-basement price between $8 million and $25 million, which is roughly the cost of his carbon footprint, but nowhere near the amount he pockets from the fossil-fuel interests he decries and condemns while he’s hectoring us out of the other side of his face and winning Oscars and Nobel Prizes, to boot.

It just doesn’t get any better than that.

And if you suspect this gift to Big Al is anything short of perfect — or if you doubt Windspeed Technologies had our favorite world-class conniver and incorrigible, inveterate blowhard in mind when they designed this baby — check it out:

The glass of the bubble will be coated with anti-condensation film so that it does not fog up.

Big Al will render the air inside that bubble as thick as pea soup as soon as he opens his inexhaustible, double-dealing, prevaricating yap. But at least all that humid, hyperbolic, pompous, pedantic, and pedagogic mendacity won’t stick to the glass.

So, hurry up and order Big Al’s Sky Deck now. There are only four sandbagging days left before Christmas.

For the record: When it comes to Big Al — and his collusive compatriots at the Paris Climate Conference — the answer to the proverbial question, “Whose ox is gored?” is this: “Ours.”

Make no mistake about it: We’ve all been had.