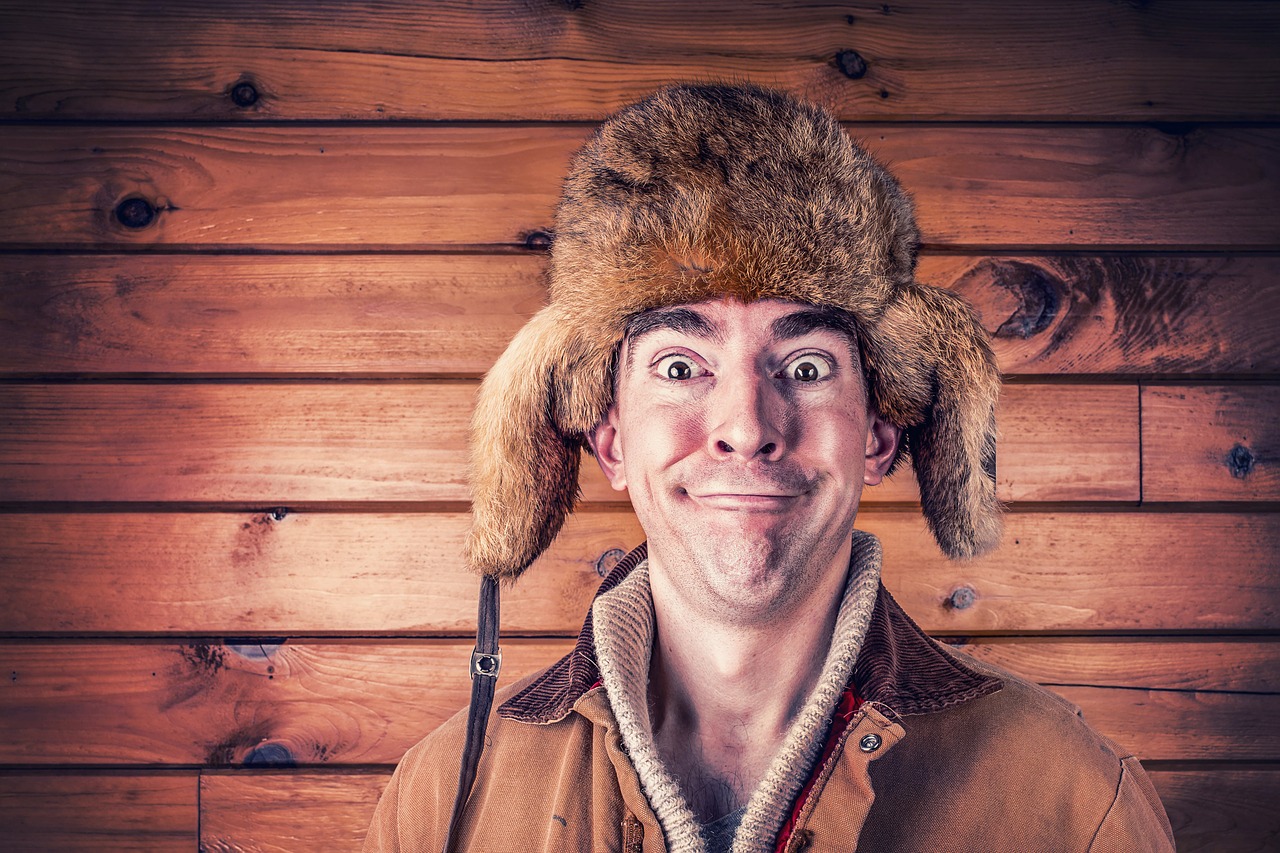 It turns out he’s a dude named Delbert Furgulak, one of only 64 residents (as of the 2,000 census) of Unimak Island, the first island in the Aleutian chain that begins at the southern end of the Alaska Peninsula. A native of Burnt Scrub, Arkansas, and an avowed agoraphobe, Delbert claims he chose to live in Unimak because it was the only place he could think of where he could erect a satellite dish bigger than the one at the Arecibo Observatory without attracting a crowd.

When we asked Delbert why he built a dish so huge, he said: “To access the Internet. I’d have preferred cable. But I couldn’t find a spool of it big enough to reach all the way out here.” Okay then.

“When the Going Gets Tough, the Weird Turn Pro”*

This is probably easy enough to surmise, but Delbert’s a pretty weird guy. Sometimes you can gauge a person’s weirdness by the lengths to which he’ll go in pursuit of a fetish or an obsession. In Delbert’s case, the lengths are as breathtaking as they are ingenious.

Based on the absolute simplicity of Parkinson’s Law, Delbert created a trojan horse containing malware capable of infecting every project-management system on the planet. He’s able to infiltrate those systems with this simple promise, which he emails to every project manager in the world, particularly those who are bucking for promotion by their bosses — or looking to be fired by their clients:

Guaranteed margins of 50 percent on every one of your projects. Click here.

As soon as they click — FOOP! — the trojan horse is in, along with the fix. Once he’s established control, Delbert adds some arbitrary periods of time and some whimsical numbers of activities to people’s projects and lets the fun begin.

Thanks to people like W.C. Fields and David Hannum, we’ve been given ample opportunity to protect ourselves against the likes of Delbert Furgulak. We don’t. And as long as there are carpetbaggers like Delbert around to play on our wide-eyed predispositions toward bigger, better, faster, and cheaper, we won’t.

If there’s still enough gullibility in the world for Nigerian Princes, there’s definitely enough for the Scope Creep.

We have nobody to blame but ourselves.