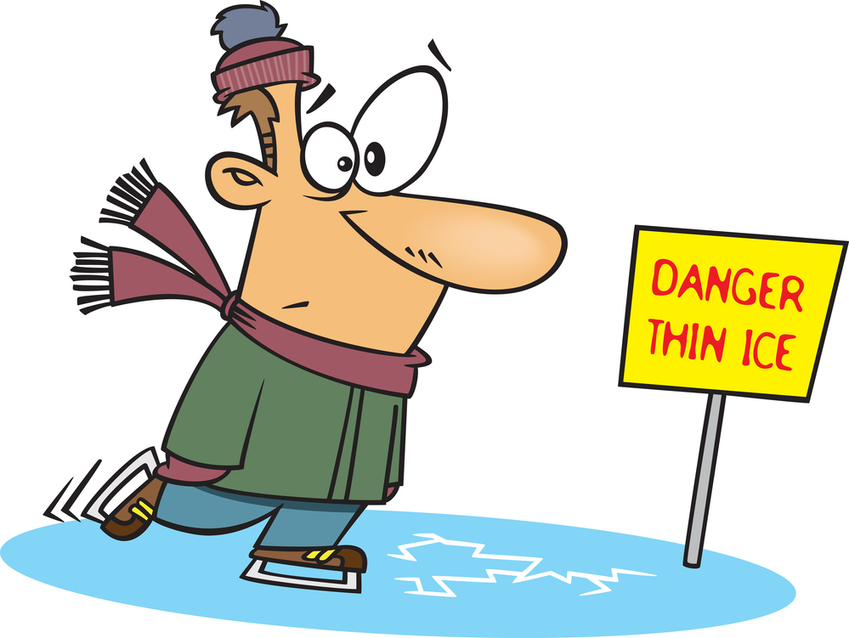 This is shaping up to be tough sledding for the climate changists. After last week’s news about cooling at the earth’s core, there was this jarring headline from USA TODAY: “‘Once-in-a-decade’ winter storm to blast Southeast with snow, sleet, freezing rain“. The article that followed contained this dire forecast:

Because I’d rather take a beating than watch the news, I didn’t see any reports of the calamitous results of the storm. But having been in Atlanta for an ice storm in January one year, I can well imagine.

Even before he’d learned of snow falling in the Sahara Desert (which is attributable to global warming, of course) at the same time the Southeast was experiencing Snowmageddon, Al Gore was busy proving he’s still the shameless opportunist he’s always been.

Second, Big Al announced plans to make a Hollywood film of Global Warming on Ice in hopes of adding to his collection of awards that already includes an Oscar, an Emmy, and a Nobel Prize. He also won a Grammy for Best Spoken Word Album for the reading of his book, An Inconvenient Scam. And he hopes to win another one for the theme song he composed and sang for Global Warming on Ice, “Never Give a Sucker an Even Break or Smarten Up a Chump“.

Don’t bring me no accusal
Or bug me with perusal.
You’ll just get my refusal
To give up my bamboozle.

Al hopes to begin filming as soon as he can con enough people out of enough money to put together a production budget and to buy skates for the 97 percent of the alleged scientists who agree with the findings of the IPCC that people cause global warming, climate change, locust swarms, and male pattern baldness

If you’d like to contribute to the funding for Global Warming on Ice, have your credit card ready and call 1-800-SWINDLE.

You might as well call. Every time the weather changes you’re going to be taxed for climate change anyway.