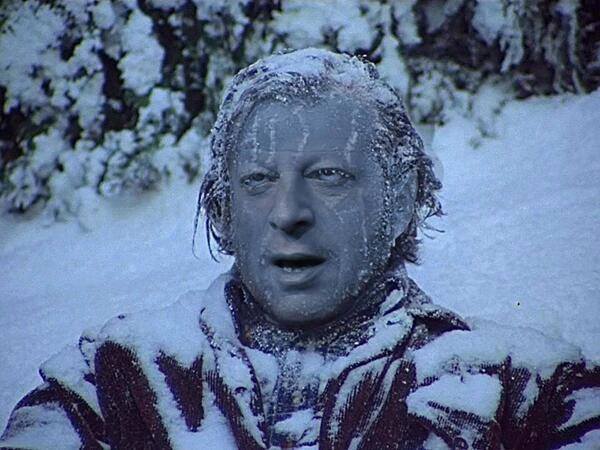 If you happen to be one of those climate skeptics, you know, the ones who think science is … well … science, rather than some ideological consensus or a political popularity contest, this headline ought to jar your preserves: “Bomb cyclone blasts East Coast, threatens hurricane-force winds“. That’s right. And here’s the reality of it:

Parts of New England will be covered by 12 inches of snow. And by week’s end, Boston and part of New Hampshire will be colder than Mars.

You want to know how cold it is on Mars? Imagine an entire planet that’s so cold, all the time, that all of the grocery stores are sold out of milk, bread, and eggs ALL THE TIME! People on Mars live in a constant state of panic, terrified at the prospect that the next storm will leave them without heat, light, and sustenance. They’re endlessly washed over by relentless waves of hysteria. And the worst part of it is, none of the folks on Mars has yet figured out a way to make a buck from any of it.

Not even Al Gore — in his worst nightmare or his most mercenary hallucination — could have imagined global warming could precipitate anything so unworldly or that Martians could be so unimaginative and lack senses of opportunism and exploitation so completely.

“That’s So Deeply Warped, Even I Understand It”*

Lest you think Al a shameless huckster (God forbid), here’s the theory that won him the Nobel Prize:

Cooling (aka refrigeration) does not result from the direct lowering of original temperatures (as has long been held by the community of climatologists and physicists far less enterprising than I am). Rather, evaporating gases draw heat away, resulting in much colder conditions. However, in the case of greenhouse gases (like carbon dioxide, in particular, which has been present in significantly higher atmospheric concentrations than we find at present … but let’s ignore that, if we may), precisely the opposite effect manifests; that is, evaporating greenhouse gases cause temperatures to rise, threatening populations (from the heat), land masses (from rising tides), and my bank account (if this hogwash doesn’t sell). These rising temperatures, then, have what will come to be immortalized as The Gore Effect (especially if I bag an Oscar to go along with my Nobel; a Grammy would just be gravy), in which the heat attracts a cooling reaction from the universe, causing temperatures on Earth to fall below those on Mars.

As a concerned citizen of the world — and to show what a regular guy he is — Al will have his Nobel medal, along with his Oscar and his Grammy, melted down and recycled for scrap. He’ll donate the proceeds from the redemption of the scrap metal for the purchase of hats, coats, scarves, and gloves to help get residents of New England through global warming’s Martian winter.