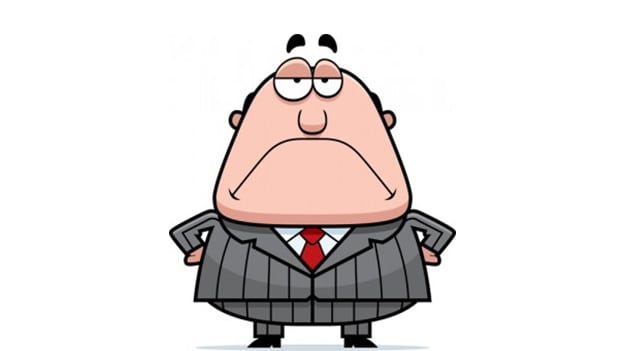 In the middle of November, The Guardian published an article entitled, “You’re not alone: how to survive your horrible boss“. It was one of those articles you know you should approach with trepidation because you can reasonably suspect it’s in some way connected to some ostensible academic research, which bears precious little relation to the reality inside any corporate bureaucracy. Sure enough:

Research from 2014 found that employees with hostile bosses are better off when they respond with passive aggression. The study, conducted by Professor Bennett Tepper of Ohio State University, found that employees who responded passive-aggressively to their abhorrent bosses by ignoring them, feigning ignorance of the cause of their rage, or just giving a half-hearted effort were “less likely to see themselves as victims”.

I’ve labored in the belly of the beast. I know firsthand we do no one — especially impressionable employees — any favors by encouraging them to resist the unproductive lunacy of middle managers. If those managers aren’t power-mongering ladder-climbers, they’re still on rungs low enough to ensure they have no control over the shit that’s coming down on them. And they will NOT be making themselves the targets when the bullets start flying.

For the sake of those employees to which the article refers — and for all those who haven’t yet entered the job market or spent enough time in it to have accurately taken its temperature — it might have been helpful if The Guardian had seen fit to publish the rest of the study. It concluded that employees who responded passive-aggressively to their abhorrent bosses by ignoring them, feigning ignorance of the cause of their rage, or just giving a half-hearted effort were “more likely to see themselves as shit-canned”.

There’s an old adage that says you can turn an aircraft carrier by sticking your hand in the water, but it’ll take a hell of a long time. Some people are inclined to apply that same logic to corporate bureaucracies. They’re wrong. And they’re wrong because the purpose of aircrafter carriers isn’t to grow and resist change, unlike bureaucracies.

If you’re in and you’re unhappy, you have just one choice: Get out.