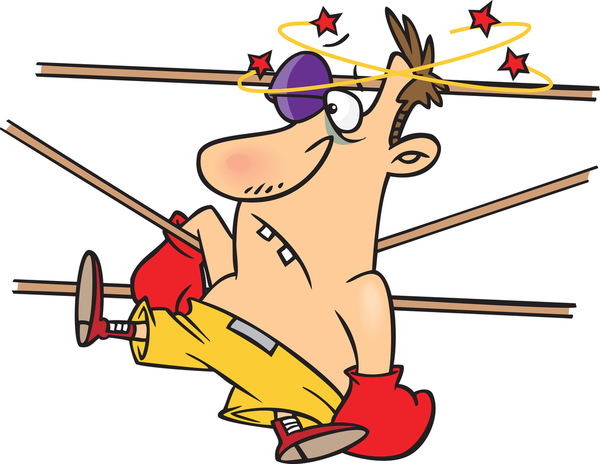 If you happened to stay away from your TV and keep 50 bucks in your pocket last Saturday night, you missed the sad spectacle of two fat guys in their 50s conducting a series of sad, two-minute dances in a boxing ring in Las Vegas. As Roseanne Roseannadanna loved to say, “Don’t you wish people like that would just stay home?”

That’s right. Fifty-four-year-old Mike Tyson and 51-year-old Roy Jones, Jr. laced ‘em up for an ostensible exhibition bout because … well … because. Tyson, the youngest man ever to win the world heavyweight championship (at age 20), did it, he said, because he could. He contends every penny of his proceeds from the fight would go to charity.

Jones, a magician in the ring in his prime and the former holder of world middleweight, super middleweight, cruiserweight, and heavyweight titles, did it, he said, because he thought he was in a no-win situation: If he did it, people would say he was old and slow. If he didn’t do it, people would say he was ducking Tyson. Every penny of his proceeds from the fight will go to making sure he never has to do this kind of thing again.

Anyone who’s ever had anything to do with athletics or technology knows these are things for which God invented young people. My sons have understood this from a very young age. At some point before either of them was six or seven, Sean said, “How old was the oldest player ever to play in the NFL?”

I said, “Ninety-two.The coach sent him in the game to return a kickoff, and they had to take him off the field in a Dixie Cup.” Message delivered and received.

That’s why neither of them plays basketball anymore; although, they both coach. It’s also why they call the Geek Squad, the cable company, or their cell-phone network providers if anything goes wrong with any of their gizmos. Beyond a certain age, you’re not supposed to have anything to do with any of that shit.

As for me, I’m going to take the 50 bucks I saved this weekend, buy a membership at a boxing gym, and listen to a techno club mix through my AirPods Pro while a 20-year-old kicks my ass.

If you’re looking for me, I’ll be the other guy in the Dixie Cup.