Can We Talk About Lean Marketing? 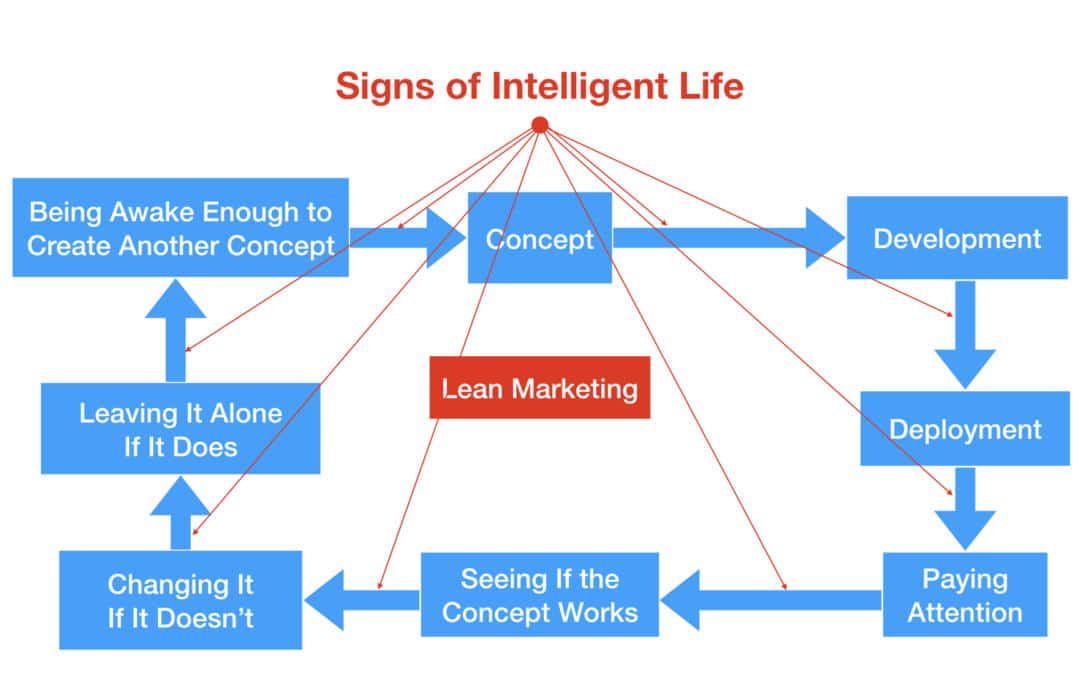 After publishing last week’s post on Agile Marketing, I read something about Lean Marketing. Since I do my level best to keep pace with the latest gimcrackery (or quackery, if you prefer), I quickly leapt out onto the Web Searchosphere to see what all the buzz was about. Then, as a public service, I cobbled together this definition from a veritable plethora of sources:

Lean marketing, also known as Agile Marketing, is a process that lets CMOs tweak their marketing strategies often to analyze what’s working and what isn’t … viewing each campaign or marketing activity as one step in the ever-improving progress towards customer acquisition and ultimately customer satisfaction … [to] learn from the results, and evolve the elements of the campaign … to make you more effective than your competitors. Lean is something that some people want to do, to beat their competitors.

If you’re as befuddled as I am by the obliqueness of those 81 words, try these five: Lean marketing is common sense.

I’ve actually seen Lean Marketing rendered visually (as we say in the biz) in as few as three steps. (Please refer to Figure A, below and to the right.) But if Lean Marketing requires the kind of garbled gibberish above, nothing can be left to chance, including the possibility that something — anything — might fall through logical gaps in any rendering, visual or otherwise. 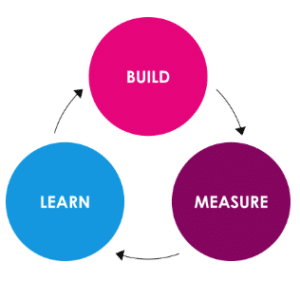 So, as you’ll see in the diagram at the top of this post, I’ve rendered Lean Marketing (visually) in eight steps, each of which is linked by a common thread. I shall elucidate each of them in the following enumerated list, followed by an addendum about the common thread:

The thread that runs through steps 1 through 8 — the activity and energy that, in actuality, binds them into a single, congruent, interactive, and dynamic whole — is called, in its most formal designation, thinking. Because, if I had any idea what the hell the box is or where it is, I’d think outside it, I prefer to refer to that thread as signs of intelligent life. 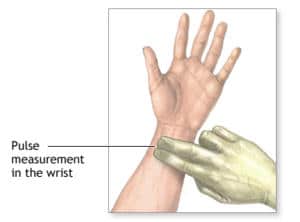 Requiring nothing as sophisticated as an EEG or a sphygmomanometer, evidence of signs of intelligent life can be ascertained by means as primitive as using a stethoscope, holding a mirror under the nostrils, or palpating the radial artery in the wrist with a gentle placing of the index and middle finger. (Please refer to Figure B, to the left.)

As with every rule, however, there is an exception to this one: People who seem to have a pulse, appear to be breathing, and present other indications of vitality may not prove to be the best practitioners of Lean Marketing if they exhibit fixed and dilated pupils and/or excessive drooling. Those signs may indicate the folks who exhibit them are, in fact and with no pun intended, running a little lean.

Trust Yourself, For God’s Sake

As if it weren’t already evident enough, there are lot of people out there, peddling a lot of faux-professional hooey and pseudo-scientific nonsense, and making a lot of money at it. So, I humbly suggest — no, I beg you — if you happen across claptrap like Lean Marketing that has a haunting ring about it, stop. Think. Question. Trust yourself to recognize that ring as familiarity and common sense. You’ll keep your wallet full and your dignity intact.

On the bright side, thanks to all the head-scratching I do trying to make sense of this crap, I no longer need Head & Shoulders.