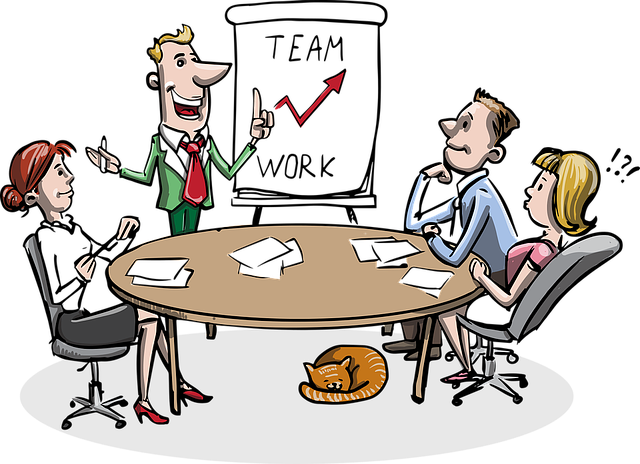 teamwork (noun)
1. cooperative or coordinated effort on the part of a group of persons acting together as a team or in the interests of a common cause
2. work done with a team

And, So, It Begins

From September of 1987 to June of 1995, I worked for an organization that liked to call itself one of the nation’s top insurance and financial services companies. I loved two things about that characterization: First, I always found it as telling as it was amusing that the organization would never define the terms by which it held itself in such esteem. Second, I found it as ironic as it was amusing that one of was all the modesty or humility it could muster.

Be that as it may, I was once assigned to a committee charged with achieving the objectively impossible. Here’s how it worked:

I worked for the division of the company that sold health insurance. The division organized itself into three business units. One served the small market (1 to 50 lives). The next served the mid market (51 to 1,000 lives). The third served the large market (1,001 lives and more). The geniuses who ran the mid-market unit decided every account that renewed would get the company’s new wellness program (don’t ask). That program, of course, wasn’t free. But those same geniuses wanted us to position it as free.

There was only one way to position it as such. And that one way had four steps: (1) We’d have to reduce the amount of the premium that was paid by each account (and collected by us) that went into claim reserves (that we were required to hold by law) to cover the cost of the wellness program. (2) We’d have to lie through our teeth about what we were doing. (3) We’d have to pray to God, practice voodoo, perform the appropriate dances, cast the appropriate spells, or whatever it took to make sure none of the accounts ever found out about 1 and 2. (4) We’d have to repeat step 3 in hopes that none of the Departments of Insurance in any of the states in which we were peddling this hokum was any sharper than the customers to which we were peddling it.

One day, the ill-fated committee on which I served was in a conference room, fighting with numbers and our consciences. The vice president to whom we reported popped in to inquire about our progress. We told him there wasn’t any way we could find to tell or to demonstrate to paying customers, in good faith, that we were incorporating the wellness program in their renewals at no cost. 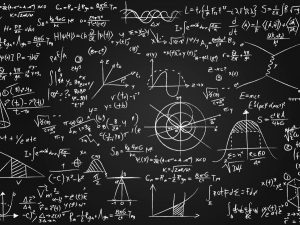 We could see the VP, who was bald, turning red and starting to perspire as his anger mounted like the exploding fuel in a rocket engine. As the pressure built, he started spluttering and fuming. Then he lifted off. He slammed open the walnut doors behind which was a blackboard, grabbed a piece of chalk, and starting writing, non-stop, an equation much like the one to the right. He filled the entire blackboard. And when he reached the bottom right corner, he wrote an equal sign, followed by, “FREE!”

He turned on us so quickly our jaws were still bouncing off the table. When he saw the expressions on our faces, he screamed: “IF YOU GUYS CAN’T GENERATE ANY MORE ENTHUSIASM THAN THAT FOR THIS PROJECT, I’M GOING TO GET ANOTHER TEAM!!!!!” Then he stormed out of the room, slamming the door so hard the panels in the suspended ceiling jumped out of their grids and showered us with mineral dust.

The entire undertaking went off the rails when the rep from the company that owned the wellness program — whom we’d instructed in an earlier meeting to price his product so we’d know how much additional cost we’d have to bury — reported to us that he’d have to add a shipping surcharge. Game over.

The philosophical question that derives from the escapade I’ve recounted is this: If a group of people is unable to cooperate or coordinate in an effort because that effort makes it impossible to act together in the interests of a common cause, is it still a team?