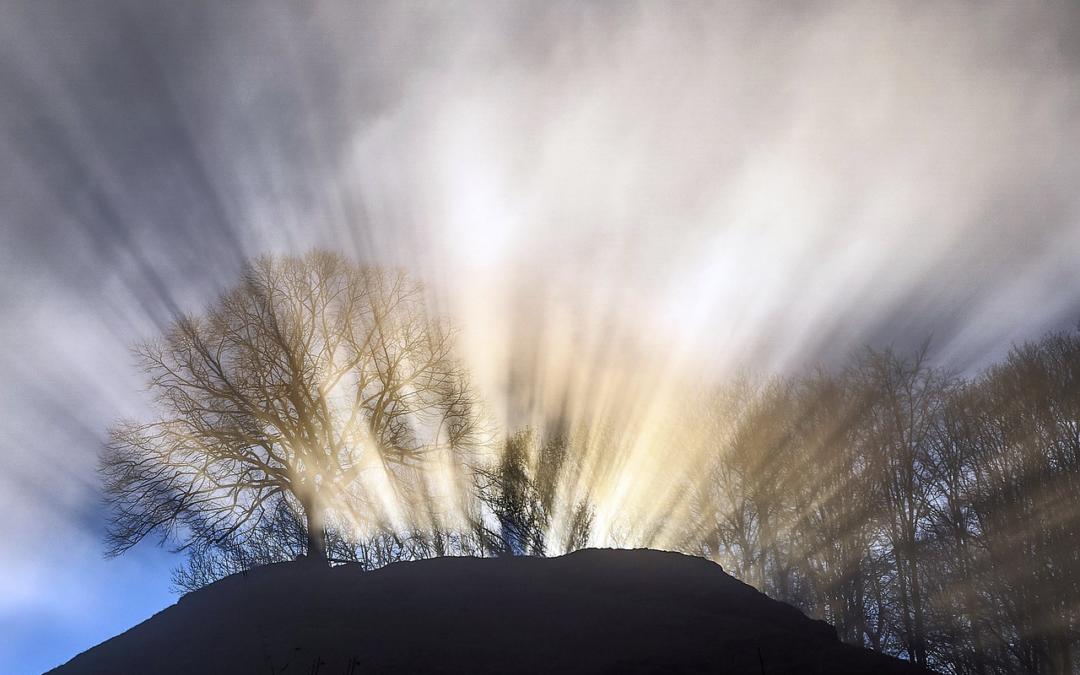 I often fantasize about being in the first meetings about things. The notion occurred to me originally when I took my inaugural drive across the Chesapeake Bay Bridge-Tunnel. I imagined that first meeting in which the attendees tried to figure out a way to get cars from Virginia Beach to Cape Charles without obstructing shipping traffic in the Bay. At some point, Albert Murfwhiffle, the Director of Public Works for Virginia Beach and a civil engineer, slapped his head and blurted out: “Hey! Ya know what we could do?” And the rest, as they say ….

Now that we’re a week into Daylight Saving Time, I was wishing I could have been in the meeting between the World Affairs Council (WAC) and God in which the subject was first broached. Since the meeting took place in the early 20th century, I hadn’t been born yet. But because I am, in God’s estimation, “a Hell of a guy” (God doesn’t get nearly enough appreciation for his love of wordplay), I was able to get a transcript of the meeting. And because I am, indeed, a Hell of a guy, I share it with you here, verbatim.

Since there were roughly 50 to 75 sovereign countries in the world at the time (depending on who was warring with or had been colonized by whom), since all of them had a representative on the WAC, and since God was able to talk with all of them, all at the same time, even though each of the representatives remained in his native country, the individual members of the WAC are not identified. Rather, their parts in the transcript are designated simply as WAC:

God: WAC. Didn’t that used to be the Women’s Army Corp?

WAC: Yes. But we’re not allowed to use woman or women anymore. Political sensitivity and all that.

God: Oh. Right. Ya know, back when I begat Adam and Eve …

WAC: With all due respect, Sir. When they were the only two people on earth, their only special interest was staying in the Garden. Since you gave them the boot, things have gotten a bit more complicated.

WAC: At any rate, Sir, the reason we called this meeting is to ask you to give us more daylight.

God: No. Not what. Who. I want my son to hear what you yahoos want.

WAC: Yes. Of course, Sir. What about the daylight?

God: Wow. I don’t know. At the Creation, I thought I had things pretty much under control. It’s all spelled out in Genesis if you have time for a little light reading.

WAC: A few of us have skimmed it, Sir. And you did a really nice job. But things have changed since then.

WAC: Well, there are more people on the planet, for one thing. That means we need more food. So, we need more light for grazing, growing, and photosynthesis. And with what seems to be an uptick in criminality and general nastiness, we’re thinking more light and less dark couldn’t hurt.

God: Do you have statistics for any of this stuff?

WAC: Sir, we have Big Data.

WAC: Yeah. We don’t mean to be heavy-handed here. But with technologies like Hadoop, Sparks, Data Lakes, artificial intelligence, blockchain, and machine learning — and with big words like innovation, disruption, ecosystems, the Internet of Things, and … wait. Why are you laughing?

God: Can any of you bozos even define that nonsense, let alone use it? Ha, ha, ha, ha, ha … You’re killin’ me.

WAC: But, but, but … we have structured, unstructured, and semi-structured data. We have data mining, aggregations, and algorithms. We have descriptive, predictive, and prescriptive analytics. We even have …

WAC: Uh … does that mean we don’t get more daylight?

The day God dropped off the transcript, he stayed while I read it. I told him I couldn’t help but notice that Daylight Saving Time was a full hour. He conceded he felt compelled to live up to the whole merciful God thing. So, he threw ’em 15 more minutes. And looking like he was still a little uncertain, he also said he’d cut the WAC some slack because at least they hadn’t tried to convince him they needed extra daylight to stop global warming.

That explanation — and those extra 15 minutes — gave me a much greater appreciation for the expression: thank God for little favors.

—
Image by Nordseher, courtesy of pixabay.com.