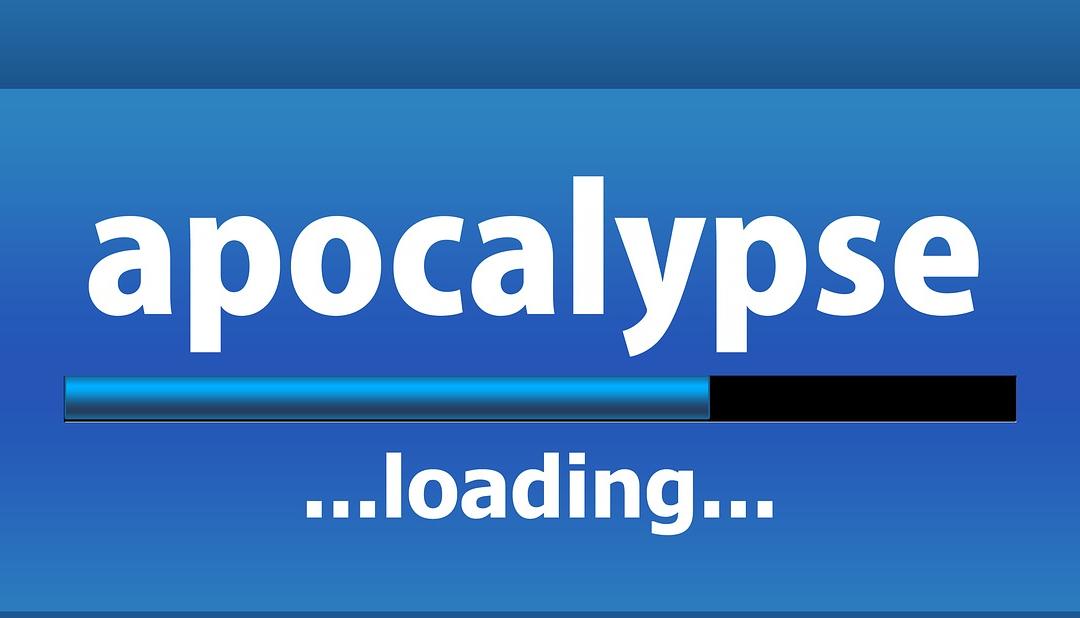 If you don’t think the world is coming to an end soon — or, at the very least, that the world economy will be reduced to smoking rubble by automation — it’s only because you haven’t read this article in Harvard Business Review (HBR): “Why the Automation Boom Could Be Followed by a Bust“. How bad is it? This bad:

Most projections overlook two powerful forces that will combine with automation to reshape the global economy by 2030: rapidly aging populations and rising inequality … point to an era of rapid and volatile change—and greater economic disruption than we have seen over the past 60 years.

That’s right. As a result of people getting older (ASS — Aging Society Syndrome) and because of inequality (ASS — Affluence Scarcity Syndrome), we’re going to see more havoc than was wreaked by 60 years of growing dependence on anything and everything but ourselves, from government to Big Business, from promising politicians to ersatz experts.

And if you think that’s bad …

You can’t predict the end of the world without specificity. And since, by law, you can’t profess to be an expert, a prognosticator, or a peddler of apocalyptic hysteria without numbers, HBR brought ’em (four of ’em, if you count the range of 20 to 25 as two and include 2020 — and HBR gets extra points for including one Big Number, universally defined as anything over 39,999,999):

As populations age, labor force growth will slow, triggering labor scarcity in a growing number of industries. Faced with labor shortages, companies will accelerate their investment in automation technologies …By the end of the 2020s, automation could eliminate 20% to 25% of current US jobs—40 million workers—hitting middle- to low-income workers the hardest.

I’m telling you: This is going to bad. Really bad. That’s why HOOT (Harvard Opportunity Optimization Team) and HOLLER (Harvard Organizational Leverage Leading Entrepreneurial Resurgence) are going to combine forces to kick ASS (taking names will be optional). In fact, according to The Official HOOT and HOLLER Business Plan (soon to be a New York Times bestseller, published by the Harvard University Press — HUP), the two organizations have the overtly stated intention to, and I quote, “Bomb ASS back to the Stone Age.”

If they can get this automation thing nipped in the bud at the same time they’re abolishing aging and inequality, they’re going to put the kibosh on that, too. But either way, the potential consequences of automation and ASS (both of them) are too dire to be ignored.

We simply can’t allow the perils of automation to continue blithely apace. If we don’t learn the lessons of past disasters — the discovery of fire, the invention of the wheel, the development of wireless telegraphy, the creation of the Internet, the origination of the cell phone, the evolution of mobile applications, the ignis fatuus of digital transformation, the exaltation of Oprah, the debut of The Real Housewives, et al. — we’ll have no one to blame but ourselves.

Bolstering its case with its inimitable knack for bringing, and its unflagging reliability in citing, empirical evidence, HBR lays out with crystal clarity precisely how near we are to the end:

The clear pattern of history is that creating more value with fewer resources has led to rising material wealth and prosperity for centuries. We see no reason to believe that this time will be different.

Oh, shit. Stand by. If I don’t get back to you soon, someone from HBR will.

— Image by geralt, courtesy of pixabay.com.