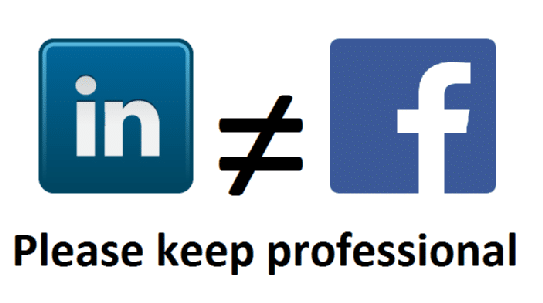 I’m not unaware or unsympathetic. I know we all retain our Inner Undergrads. That’s why grown men still guffaw at fart jokes. It’s why grown women still giggle over grown men who still guffaw at fart jokes. And it’s why Facebook will never be a credible, effective medium for B2B marketing and advertising. But even if we don’t acknowledge that reality — and even if we only use LinkedIn as a medium in which to pretend to be professional (if not dignified) — can’t we at least agree to that pretense?

So, now you know: I’m a callous, rigid elitist with a misplaced reverence for boundaries, categories, and professionalism.

I’m okay with that.