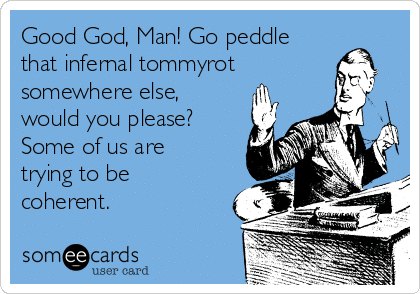 A phrase caught my eye the other day. It was one of those phrases that was sad, disheartening, and demoralizing all at the same time.

The phrase was disruptive innovation research.

Phrases like this exist somewhere on a scale between useless jargon and abject poppycock. If they have any meaning at all (they don’t), that meaning is at best ambiguous. At worst, their meaning is utterly speculative. But granting that its meaning warrants at least a moment’s thought (it doesn’t), there were, as I saw it, five possibilities:

If you spend any time hanging around deli counters, you’ll hear a word for phrases like disruptive innovation research. That word is baloney.

It says something (not terribly good) about us that the most disruptive innovation research we can conduct these days is in a dictionary.