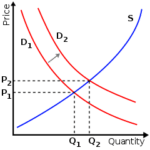 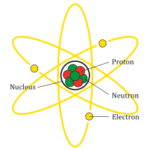 When I was in school, I was so good at math I became an English major. In college, the only two courses I dropped were Economics, which required the calculation and distribution of scarce resources (math) and Chemistry, which required the calculation and disposition of the movement of atoms and their various sub-parts (math). Maybe I should have read a little more into having flunked Algebra I in high school.

So, it should come as a surprise to no one that I’m not a finance guy. I am, in fact, a marketing guy. Marketing and finance are related — but not in the way most people think; that is, most people think of marketing as an expense. It is, but only if you want your business to grow intermittently, sporadically, and in moments of desperate panic. Otherwise, marketing is an investment. It’s also an indication of your conviction that your faith in your business should be manifested in such an investment, rather than in wings, prayers, and the expenses incurred in moments of the occasional desperate panic.

Marketing guys like me were done no service by the cartoon below from Marketoonist founder, Tom Fishburne: 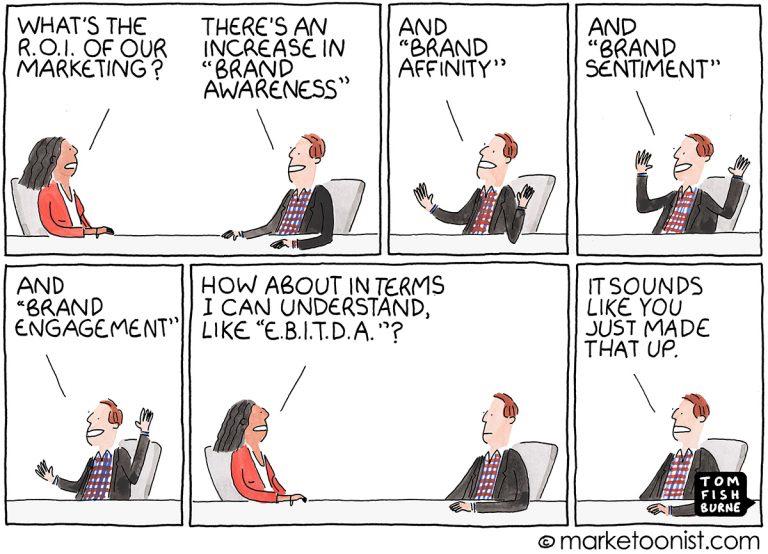 It’s irksome for a number of reasons:

Since I’m not a finance guy, I’m also not an E.B.I.T.D.A. expert. But in my many trips around the block I’ve learned this: E.B.I.T.D.A. is the equivalent of an accounting shell game because it doesn’t represent cash earnings or cash flow. Rather, it can be manipulated to project cash (before paying debts), thereby projecting profits, as opposed to showing actual operating profits. (Further reading here.)

With an effective fulfillment channel, marketing can positively influence top-line revenue. But neither marketing nor sales is responsible for what happens to that revenue on its way to the bottom line. To suggest otherwise is as irresponsible as it is incorrect.

If marketing people are supposed to subscribe to E.B.I.T.D.A. and that kind of accounting chicanery, they’re defeating their purposes and ventilating their feet.

All the cute cartoons in the world won’t change that.