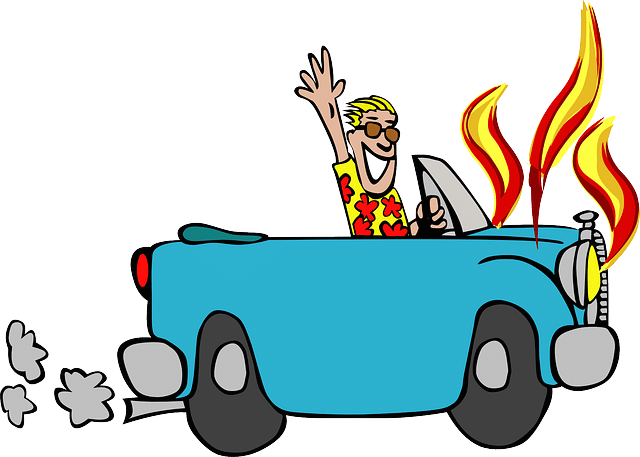 The pattern here is one of unintended consequences, of unforeseen calamity, and of visible disaster. Once the researchers at The Chautauqua Center for Career Forensics saw the pattern, they started dialing psychologists, astrologists, phrenologists, numerologists, and pathologists to see if they could determine the causes of these self-destructive propensities.

They finally unearthed this article from Psychology Today, which seems to shed some light on the peculiarly persistent, pernicious predilection for professional pileups:

When you’re sure something’s obvious, or it’s what “everyone knows,” or that it goes without saying … that’s the time to remind yourself not to believe everything you think … opinions are just thoughts that are best held with open arms of good-natured skepticism. And humility.

That’s right. It just might be that not everything we believe is true, correct, or advisable. And won’t that make every day just a little bit more interesting?

There are some folks, of course, for whom good-humored skepticism and humility remain stubbornly elusive. We once heard a CEO, refusing to concede a point to a prospective customer, say with deadly earnestness, “I’d rather break than bend.” You have to admire a guy like that for having the courage of convictions so self-righteously ingrained that he’d rather be right than succeed. And you have to hope you never end up working for him prior to your lobotomy. Such people invariably create environments that are decidedly nonconducive to rational human beings.

They also precipitate particularly catastrophic consequences when it comes to branding their companies and marketing their products and services, since they’re so intractably convinced they know better than their prospects what’s good for them. Such thinking leads what should have been this to be that: “Because I said so.” Now there’s a piece of logic — to say nothing of leadership — you can really get behind. Unfortunately, that kind of thinking also leads companies to get behind. Way behind.

There are no guarantees of success. Aside from being undeniably true, that cliche reminds us of the two most important elements in achieving success: observance and response. If you’re not observant, you’ll never see what’s coming.

If you’re not responsive, you won’t avoid the crash.

Image by Nemo, courtesy of pixabay.com.