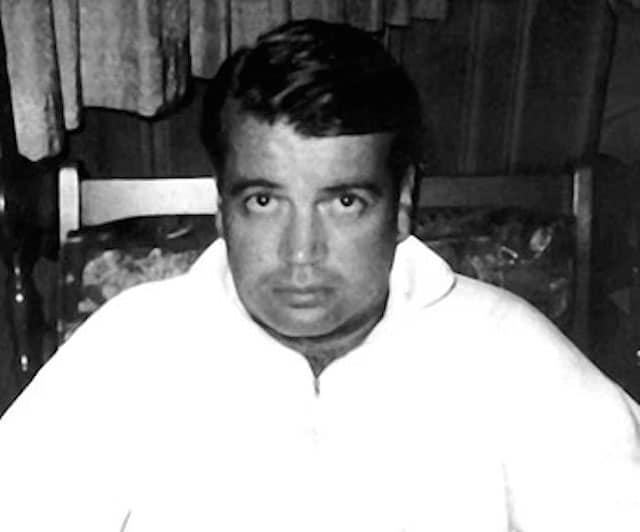 For those who don’t know his work, Frederick Exley’s passing 23 years ago today will be as the great preponderance of the world’s myriad events — unknown, unseen, unremarked. For those of us who know and love his work, his passing marked the loss of trusted eyes; of a keen and long-suffering intellect; of a voice as plaintive and hopeful as our own; of a painfully courageous honesty that even transience, alcohol, and loneliness could not extinguish; of an excruciating insight that would not have let him live or die any other way. Now that he no longer watches the world for me, I take comfort in knowing his books still hold his vision.

Aside from the occasional article and periodic piece, the body of Exley’s work comprises a novelistic trilogy. Billed by the author as autobiographical fiction, A Fan’s Notes, Pages From A Cold Island, and Last Notes From Home traverse the fuzzy line between reality and fantasy, observation and imagination, history and lies. And they draw an unsparing depiction of, as Exley characterizes it in the epigraph to A Fan’s Notes, “that long malaise, my life”.

That life was, and Exley’s work reflects, an abiding struggle — eminently noble, abjectly futile, ultimately existential — to come to terms with an America so full of obscene abundance and corrupt opportunity it rendered any meaningful choosing of one’s options unimaginable and any thought of personal fulfillment absurd. In Exley’s America, captured in all its confounding, contradicting complexity in Last Notes From Home:

If nuclear arsenals had eliminated one’s need to ponder a possibly nonexistent future, they had also eliminated the need to encumber oneself with literature, history, art, music, all those things we lump together under the sweeping banner of culture.

All one can do in a place so devoid of the cultural languages that define and connect us is what Exley — both man and narrative persona — did so bravely: Never quit, in the hope that coping can be an acquired skill.

But my affinity for and connection with Exley is best captured in another passage from Last Notes From Home. It describes my reasons for self-preoccupation; for bouts with depression and psychotherapy; for the often tireless need to write, to cry, to scream into keys, paper, and ink. And it explains why, for all the progress he made, Exley never mastered the skills of coping:

There is a hateful, baleful, alienating darkness in all good writers that can never be disguised by a Brooks Brothers suit, and whenever I see a good writer so got up, he always seems to me to exude the notion of soiled undergarments and fouled socks

This sentence sums the difference between good writing and bad; that is, seasoned versus sophomoric, informed versus pretentious or superficial, visceral versus mechanical. The argument can surely be made that good writers hate nothing and no one quite so much as themselves, hence their relentless compulsion to write, to get themselves off their own chests. But good writers measure and test us, challenge our complacencies, and remind us that peace is the province of those without critical faculties — or those who choose not to use them.

With his own acute faculties, his vigilant distrust of even the most innocuous (or necessary) complacencies, and his ceaseless desire to write and be recognized for it, Exley never tested anyone as severely as he tested himself. He recognized in A Fan’s Notes:

Though it is indeed best to keep one’s devils within, one still has to learn to live with them.

For him, writing seemed to be a means of pulling those devils from his guts and hauling them out into the light in which their hideousness might diminish, in which Exley might examine them to determine if they could, in fact, be lived with.

While he struggled to the end to learn to live with those devils, he seemed to hold even that learning at bay, lest lessons learned equate to complacency in himself. Though he longed for the world to hail him as a good writer, he seemed to fear even that acclaim, contemplating later in the same novel:

How fantastically inventive life was, how terrifying really in that it sometimes does give substance to our airy dreams. And really, what good are dreams if they come true?

Finally, for all the compulsive passion in his writing, though he could no more prevent his writing than he could force it, he never admitted to its being his calling. For this, too, A Fan’s Notes has an explanation, one that kept Exley forever in the category of fan, never pushing him over the line into the dreaded realm of the participant, never causing him to commit to anything that might later prove mundane or unworthy:

If it comes at all, Emerson has cautioned that one’s call might not come for years. If it doesn’t, he remarks it as only a reflection in the universe’s faith in one’s abstinence, nothing to move the heart to fret. And if, moreover, one is unable to do the world’s work, sell its murderous missiles or cigarettes, as a poised, mute, and motionless man, one need not propagate the world’s lies.

In the light, then, of his alienating darkness — got up in my Brooks Brothers suit and wondering if it disguises my airy and unfulfilled dreams any better than it hides my soiled undergarments and fouled socks, as unwilling to propagate the world’s lies today as I was at 18 — I write these notes as a fan of Frederick Exley.

And as I reflect on his work, as I ponder the relationships between dreams and self-defeat, as I search vainly for direction signs in the frozen limbo between choices in which Exley also lived, as I wonder at my own calling, I think of him often … and watch the world alone.