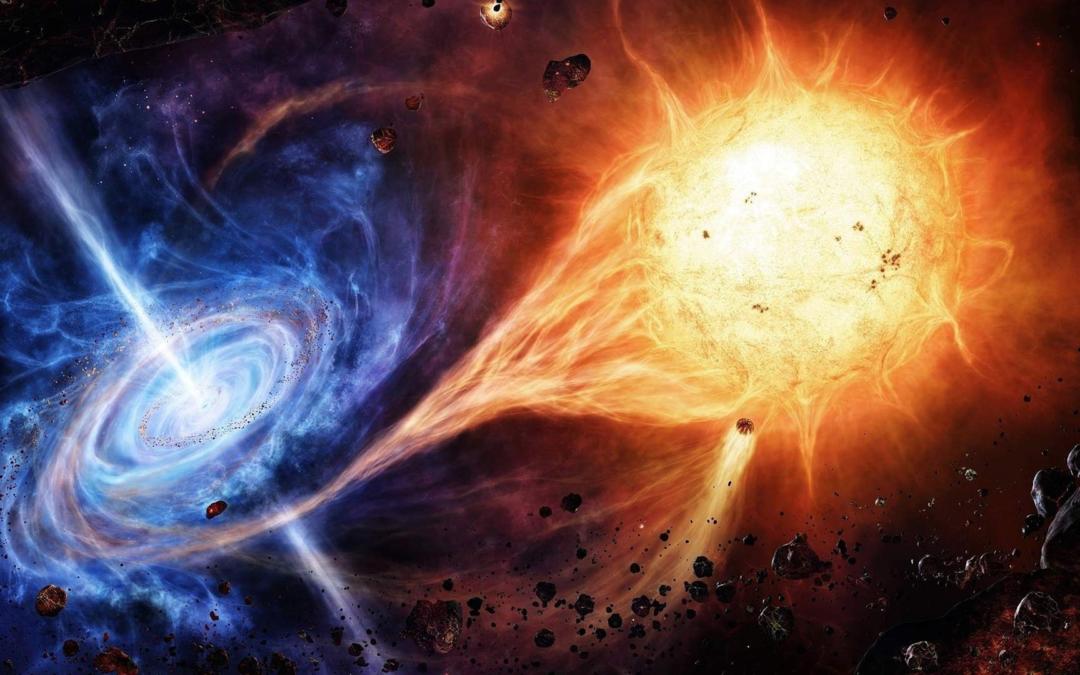 Before you cast those vacation plans in concrete or book flights for your next business trip, you may want to take a look at this: “Our galaxy is due to crash into its neighbor—but when?” At risk of alarmism:

Our galaxy, the Milky Way, is destined to collide with its largest neighbor, a sparkling collection of stars called the Andromeda galaxy.

If you’re anything like me, you find it prudent to engage in a little advance planning. And especially if you’re talking about things that require a fair degree of logistical strategy and maneuverability — things like military invasions, Mars explorations, relocating to another galaxy, or date nights with your spouse or significant other — timing is, indeed everything. So the idea that our entire galaxy may be facing what’s known in the biz as a terminal event, could be rather daunting.

Don’t Worry Too Much

The only people who are happy about things like this, of course, are hysteria-hucksters like Al Gore, who’d be happy to give us two fleas for a turkey anytime. But it appears we may not have all that much too be anxious about:

The originally predicted crash date of 3.9 billion years from now has been pushed back by about 600 million years.

That little breather should at least give us time to stock up on bread, milk, eggs, and bottled water before The Big One. And it means we’re likely to endure this cosmic holocaust right about the time:

If for some unavoidable reason you have to leave your survivalist bunker and venture out during the impending apocalyptic terminal event, be sure to take the proper precautions (as we also say in the biz). If you can’t get your hands on an economical welder’s helmet, at least put on a pair of protective goggles. And since it’s likely to be rather rather hot underfoot, at least until the thermo-nuclear conflagration dies down a bit, make sure you wear fireproof boots, ideally a pair made for comfort and protection.

If you need any more tips on ensuring your wellbeing during the cosmic cataclysm, call Al Gore. That hubristic jackass will never miss an opportunity to pontificate.