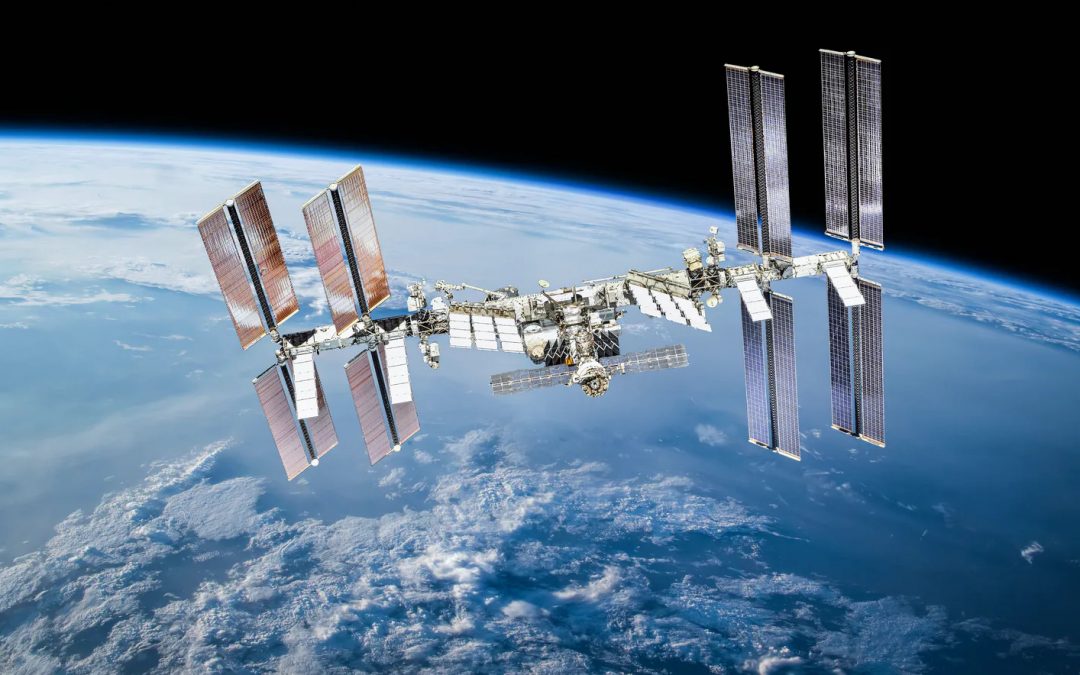 I was reading an article the other day about the fact that the International Space Station will be decommissioned in 2031. Depending on which version of the story you choose to believe, the Space Station will burn up, be dropped into the ocean, or both.

As luck would have it, I received the photograph at the top of this post the very next day. It was taken by God. During a routine inspection tour of the universe, he caught a glint of reflective light out of the corner of his eye, turned to see the space station floating by at 17,000 miles an hour, and snapped the photo using a hyper-speed shutter which he’d attached to his iPhone 13 Pro Max. He was able to do that because … well … God.

As he snapped the photo, he was laughing. When I asked him why, he said, “I noticed Earth in the background of the shot, and I couldn’t help thinking that the chuckleheads I put down there now believe they can affect its climate. Honest to Me, that shit cracks me up. I have to admit I hesitated for a moment before I gave them imaginations. Given the way it’s gone to their heads and distracted them from more important things like taking care of each other, I may have whiffed on that one; although, it does provide great comic relief.”

As he was texting me a copy of the photo, I asked, “Do you mean cosmic relief, Sir?”

When I first saw the photo, I immediately thought of the David Bowie song, “Space Oddity“. There was something about the peaceful isolation captured in that photo that made me think of Major Tom: “Here am I floating in my tin can.” 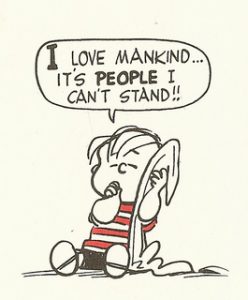 The second thing I thought of was God’s comment about climate change. That recalled something my friend, Mike Johnson, once wrote that expressed the hubristic absurdity of human beings thinking they could actually warm — let alone affect the climate of — the entire planet: “The sun is a million times the size of earth. Thinking we affect the climate is like a flea thinking he’s making the elephant sweat.”

The third thing I thought of was the drawing on the right of Linus van Pelt, a character from Charles Schulz’s Peanuts strip. I thought of it because it so perfectly captures the zeitgeist. We live in an age that doesn’t acknowledge the past and refuses to study it. As a result, we’re frustrated at the perfect future we can’t create because human beings, as human beings, are flawed. Because that’s true, and because we refuse to study the history from which we’d have learned the consequences of those flaws, we have to blame someone, some group of people, or all people for everything that doesn’t conform to our utopian expectations — every phenomenon, natural, meteorolgical, atmospheric, celestial.

How Did We Get Here?

We got here because we stopped thinking. We stopped being curious, doubting, and asking questions about things we should rightly doubt. We’re much more concerned with our feelings, which lead us to become more superficial, more susceptible to fear, and more susceptible to being controlled by fear, by the day.

Case in point: In this TED Talk, Britt Wray gets cause and effect exactly backward. The fear, the fatalism, the hopelessness, the shock, the trauma, the strained relationships, the substance abuse, the loss of personal identity and control, the anxiety, the grief, the depression, the conflict avoidance, the helplessness, and the resignation she bemoans are not caused by climate change. Rather, they’re the very reasons for which she wants us to believe in anthropogenic climate change. It’s powerlessness and paranoia unto delusional pathology. And you have to love the fact that she wants us to mourn the loss of personal identity while she and the establishment she represents practice identity politics and encourage us — not to see ourselves as sovereign individuals — but to see ourselves as members of identity groups.

Why? Because she’s with Linus. She wants us to know we did this. If we’re at fault, our money can be taken in taxes so governments can right our wrongs.

Rip Van Winkle was lucky enough to wake up after 20 years, having slept through the Revolutionary War. Washington Irving considered Rip to be a fictional character. If he were here now to see how long we’ve been asleep, he’d think himself clairvoyant — or quite lacking in imagination.