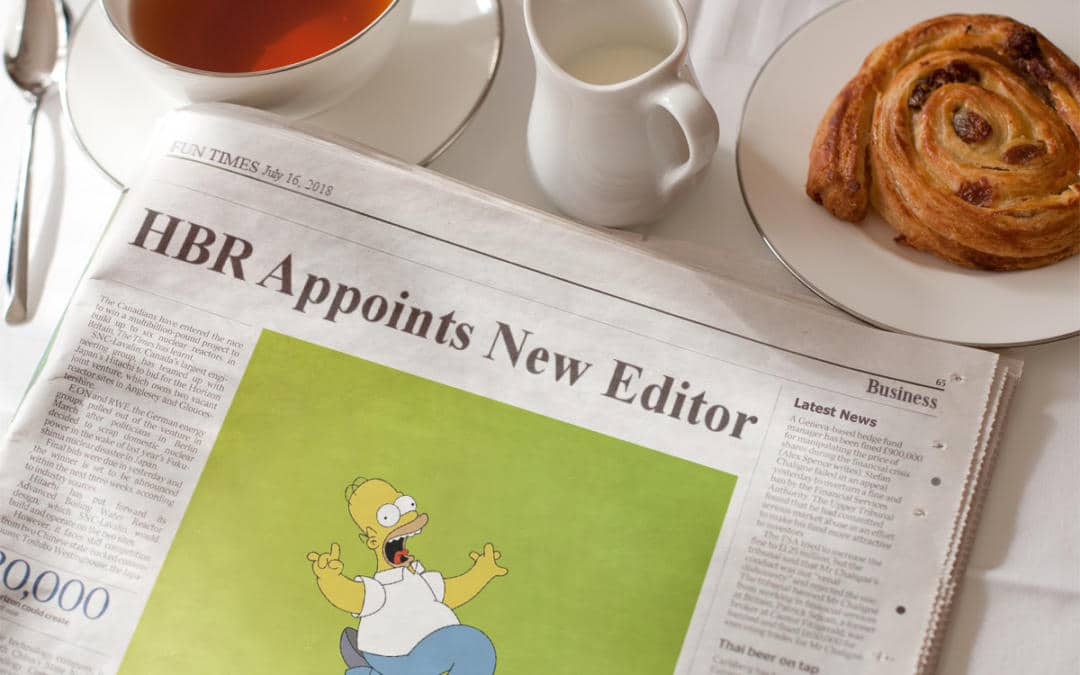 I used to think the coolest job in the world was playing rhythm guitar on Lyle Lovett’s ”She’s No Lady“. I changed my mind. Presuming it’s a paying gig, I now think the coolest job in the world is editing Harvard Business Review (HBR). It’s cool because, apparently, you don’t have to do anything, including think. And I’ve come to increasingly suspect you don’t even have to show up. Case in point: “Marketers Need to Stop Focusing on Loyalty and Start Thinking About Relevance“.

In a move that makes me suspect HBR’s editors get paid by the word, they saw fit to publish a 1,786-word tome (plus graphic), the screamingly obvious upshot of which is contained in these 26 words:

The “loyalty era” of marketing, as we’ve known it, is waning … people are increasingly buying because of a brand’s relevance to their needs in the moment.

That’s the rough equivalent of saying flashes in the pan are momentary.

Reaching the alleged conclusion above required neither empiricism nor clairvoyance. A pinch of common sense, a smattering of logic, and a dash of psychology would have gotten us there before the dawning or the need for any eras of marketing. Since we’re already on campus, a lap through Harvard’s Department of Government will reveal the truth in the following equation from Political Science 101:

And if we carry that equation into the Business School, we’ll be able to extrapolate and apply it to marketing:

Maybe if we use our noodles, we won’t have to rely on HBR or its editors to feed us self-evident claptrap. We might even usher in the Common Sense Era of marketing, which could very well last for as long as we think and trust our own judgment, rather than engaging in a perpetual search for experts.

So, cushy as the HBR editor job might seem, take the Lyle Lovett gig if you get the chance. It’ll make considerably more sense. And it’ll be much more fun.

Remember: The popularity of something doesn’t ensure its correctness.

Let HBR worry about its own loyalty.