Human To the End 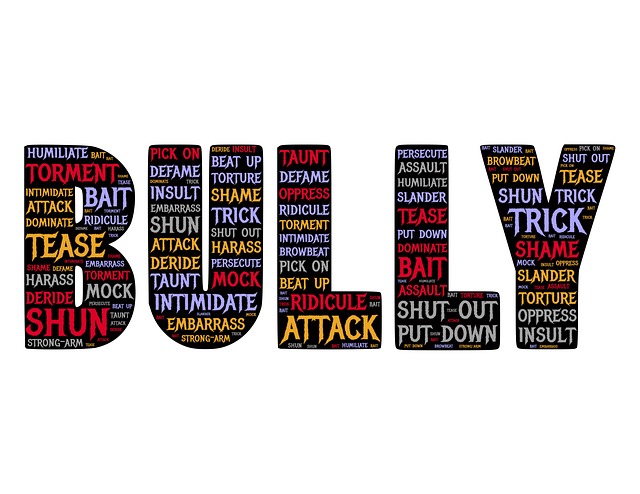 The truth is that the strong don’t always survive. Usually the weak survive and the cowardly and the mediocre. They gather their forces to destroy the strong because the strong are at the core of their fear. (Pete Hamill, Forever)

The same day I published this post about our human need for structure, order, direction, purpose, and guidance, I was invited to be part of an anti-bullying program at a local institution.

I have to say I don’t have much sympathy when it comes to children being bullied. Yes. It’s sad when children are tormented unto suicide and self-destructive behaviors. But if we believed we owe our children the senses of strength and independence to live their own lives (rather than making them the obsessive centers of ours); if we gave our children the time and attention they crave (rather than the pharmaceuticals we think they need); and if we taught our children to flatten bullies’ noses (rather than becoming the cringing victims on which bullies prey), they might not have to rely on national organizations to fight their battles for them.

Lest you find me heartless, I have to say this, as well: The local institution wasn’t a school. It was a retirement community. The program in which I participated wasn’t for children. It was for seniors. And for the bullying of seniors I have no understanding, patience, or tolerance.

Between 10 and 20 percent of older adults living in senior living communities are mistreated by their peers, and often the behavior goes unreported.

And according to the Guide to Retirement Living SourceBook:

Dementia can sometimes be the cause of violence since someone with dementia may wrongly perceive things as threatening so they resort to a more primitive response … Bullying can also be a result of the human phenomenon of the strong picking on the weak, and not a function of aging at all.

There you have it: the human phenomenon of the strong picking on the weak. In children who will grow older and stronger, who can learn to defend themselves, and who can move out of and beyond the circumstances in which they’re bullied, there is hope. In the elderly, there is only aging, weakness, and helplessness — even in those who bully to hide their fear of aging, weakness, and helplessness.

And, so, even with the institutional rules and order of senior living communities, we remain human to the end.