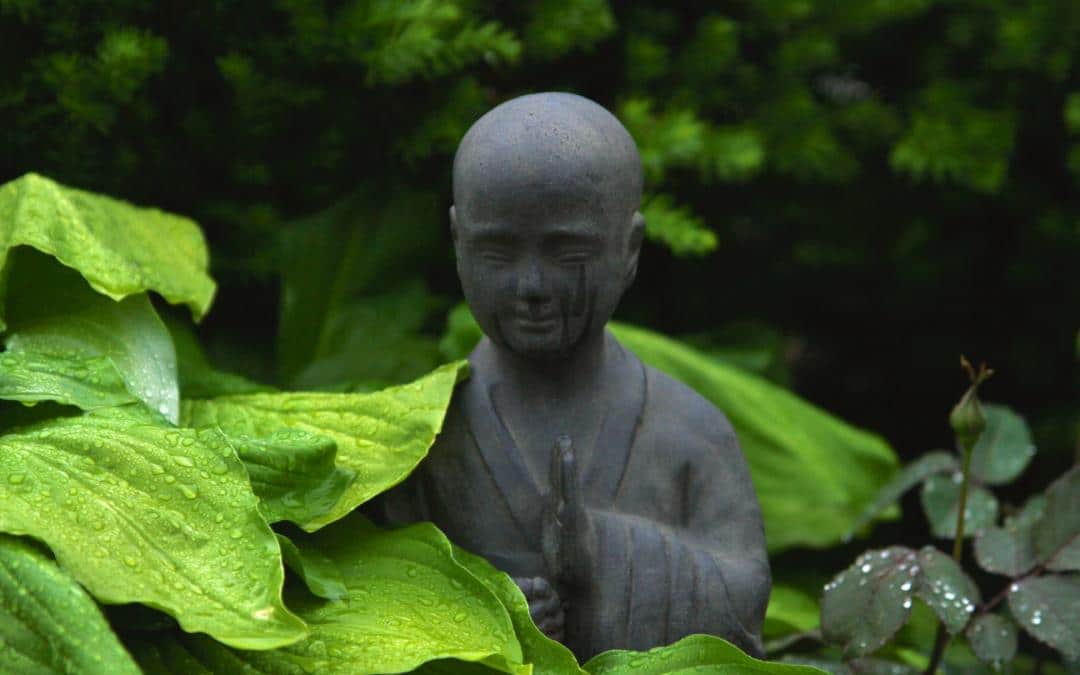 Full disclosure: I have a saying from Groucho Marx, framed and sitting on a bookshelf, right next to my desk. I read it every day. It says this:

Each morning when I open my eyes I say to myself: I, not events, have the power to make me happy or unhappy today. I can choose which it shall be. Yesterday is gone, tomorrow hasn’t arrived yet. I have just one day, today, and I’m going to be happy in it.

Nevertheless, if one more busybody tells me I have to live in the moment, I’m going to shoot both of us. I just hope I remember to shoot the busybody first.

All of this in the moment stuff started, of course, with Siddhārtha Gautama. Starved and weakened from practicing asceticism and living on a strict diet of bugs and chickweed, Sid accepted milk and rice pudding from a village girl named Sujata, after which the two were rumored to be engaged. Since Sid couldn’t confirm the veracity of the rumors, he vowed to sit under a pipal tree, now known as the Bodhi tree, until he found the truth. Although he attained Enlightenment after 49 days, he remained under the tree for 50 years and became known as Buddha (from bud, meaning not, and dha, meaning moving).

Do not dwell in the past, do not dream of the future, concentrate the mind on the present moment. (Buddha)

In the 1960s, Henry David Thoreau was co-opted by the hippies. More specifically, the hippies ran around with Thoreau’s book, Walden, pretending to care about practicing simple living in natural surroundings, personal independence, self-reliance, spiritual discovery, and an objective understanding of society through personal introspection. Hidden inside the books, however, the hippies kept copies of Thoreau’s essay, “Civil Disobedience”, because what they really cared about was practicing infantilism and causing as much societal disruption as possible, chiefly by staging sit-ins (a concept they claimed to have adopted from Buddha). After codifying their social agenda in The Crybaby Coalition and, later, in The Tantrum Movement, the hippies decided, if they could get that much of what they wanted and acquire that much power by the formalized, strategic application of Advanced Whining, maybe Big Government and Totalitarianism weren’t such bad things after all.

The meeting of two eternities, the past and the future … is precisely the present moment. (Henry David Thoreau)

At the dawning of the 21st century, in the moment became an official pop-culture movement with the publication of Eckhart Tolle’s book, The Power of Now. Drafted with the working title, The Power of Then: A Redundant Review of Past History, Eckhart’s work proved irrefutably that everything — including spirituality and metaphysics — could be dumbed down for the masses and trivialized to the level of hack sloganeering. As proof of that, Tolle wrote, “If you are not living this moment, you are not really living,” a philosophical precept so simple it can be proven or disproven with an EKG. (And people doubt the median IQ is now in the low double digits.)

The more you live in the present moment, the more the fear of death disappears. (Eckhart Tolle)

My fear of death disappeared the 2,647,823rd time some meddlesome windbag told me to live in the moment. I’m now living for the moment the next ficcanaso dispenses that bromidic swill.

In the immortal words of the transcendental philosopher, Stan Lewis, “Boom, boom. Out go the lights.”