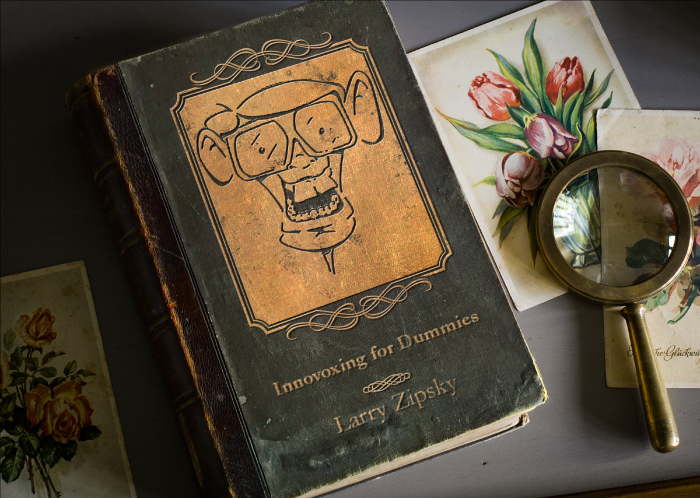 There are times at which I can be so dimwitted that it frightens me.

As all of my friends, family members, co-workers, and professional colleagues can attest, I’ve always been an advocate of thinking outside the box. Most days, even without a hangover, I’m completely unable to even find the damn box. So, to save me and everybody else the time and trouble of searching for it, I just think outside it. I’ve also long suspected that there might not be enough oxygen in the box to allow for clear thinking or lucid contemplation anyway.

But my inclinations, natural and otherwise, for thinking outside box notwithstanding, I’ve always struggled with innovating. For some reason, innovation has always felt equal parts ephemeral and frictional to me: It feels ephemeral because it no longer means anything. It’s the equivalent of a bucket of steam or a left-handed monkey wrench. Both sound like something. Neither is.

It feels frictional in a Sisyphean sense, as if striving to achieve nonexistent innovation is like trying to push a two-ton cube of wood up a 40-degree slope of 40-grit sandpaper: No good whatsoever will derive from the effort. But it’s seductively compelling to do it because everybody else seems to be doing it. And if they’re not actually doing it (Proof? Anybody?), they’re sure as hell talking about it.

Let There Be Light

Then it dawned on me. I have to admit I don’t know if this revelation constitutes doubling up or doubling down. I guess it depends which side of the rhetorical bed you woke up on this morning. And given my chronic dimwittedness, I can’t profess to being terribly surprised at not having thought of it before. But it suddenly occurred to me that I could achieve everything to which I aspire by innovating outside the box.

As soon as I had it, I decided to call this revelation, this new concept, this new brainchild, this new intellectual hack, this new productivity tool, this new creative paradigm: Innovoxing™.

At first I thought the fact that in is in the name might be confusing because we are, after all, denoting innovating outside the box. Then I decided Outovoxing would be even more confusing because, while it would catch the outside part, innovating would be lost. And without innovating, there’d be no way to explain the v. Finally, I decided to trust my gut, to go with my first instinct, and to get my innovoxing on.

I couldn’t believe how effective it was, right out of the chute. I was innovating like a lunatic. I might have had something of an advantage since I already was accustomed to thinking outside the box. But holy cow. Even my wife said, “Sweetheart, I’ve NEVER seen you innovate like that.” I was so innovative, I even came up with my next big revelation: Dissiloing™. That’s right. Disrupting outside the silos.

Stand clear. There’s going to be some serious shit going down when I get that cranked up.

To license your Innovoxing app, to apply for your Dissiloing app (scheduled to be available on the second Tuesday of the first week of 2021), or to get more information about one or both, please call 1-800-BOX-GONE. Operators are standing by.

You can’t afford to go another moment without these game-changing life-changers.