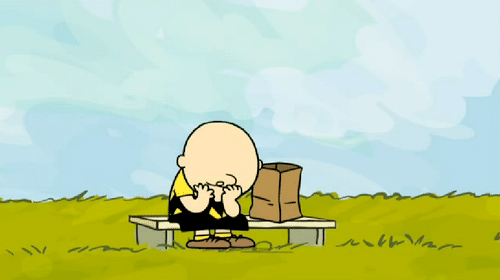 I couldn’t help thinking about Charles M. Schultz’s most popular character (with the possible exception of Snoopy) when I read “The Dark Side of Creativity“.

The article would have us believe creative people are negative, moody, depressive, impulsive, dishonest, narcissistic, and nonconformist. That would make them seemingly unlikeable, too, at least initially and superficially, perhaps contributing to Violet’s exclamation in A Charlie Brown Christmas: “Of all the Charlie Browns in the world, you’re the Charlie Browniest!”

To be fair, the article is balanced: “Of course, the bright side of creativity tends to eclipse its dark side.” And it’s sympathetic:

If creativity were as uniformly desirable and attractive as most writings on the subject suggest, it would happen more often, and without adverse consequences for creative minds … The reality is that creativity is both taxing and complicated.

Can you imagine a similar article being written about stupid people? I imagine it’ll be quite a while before we get to read “The Dark Side of Stupidity”. And it’ll be even longer before we read excerpts like this:

If stupidity weren’t as consistently annoying and predictably disastrous as it is, it might be more enjoyable and without adverse consequences for those who come up on its short end … The reality is that stupidity is taxing and complicated.

The author of any such statements would be drawn, quartered, taken into custody by the PC Police, inspire trigger warnings, and stand accused of committing microagressions. You can’t talk (or write) about stupidity (or stupid people) that way. But creativity and creative people are fair game, apparently.

Maybe creative people have thicker skin. Maybe, because they’re creative, they’re better at defending themselves or getting even. Maybe they don’t care what’s said or written because they have better, more creative things to do than to wonder about whether they’re likeable. I don’t know.

But I do know this: If you’re creative and feeling a bit dark, don’t feel too bad. Charlie Brown might be right there with you.

In any case, he’s definitely not stupid.