It’s Hip to Be Hip 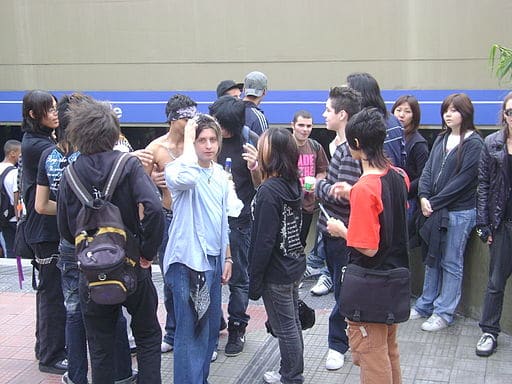 There’s nothing I enjoy more than being made to think about things I haven’t thought about before. That’s why I was overjoyed to read this post about the fall TV premieres. It made me think about a group of people I’d never been prompted to think about before: hipsters.

I spend most of my time dwelling on all other life forms. But this sentence made me realize what I’d been missing:

Strong social buzz heading into the premiere season gives any show a good chance at catching hold of a digitally available audience of Gen Z, millennials, Gen Xers and even the hipsters … [who] consume content … when they are looking through their Warby Parker order with some Chai tea.

In any event, I hope they’re happy. Since they are, after all, a demographic group — and since they’re also a potential voting bloc — some politician is sure to invent some rights for them. That should help. It’s likely they’ll end up involved in Occupy Something to voice their vitriol at the social and economic inequality that forces them to not have to pay for anything. And don’t be surprised if they throw a tantrum or two if Dad doesn’t upgrade their iPhones — or bankroll the Teslas they need to show their hipness extends to the environment and climate change.

And speaking of tantrums, you might want to make yourself scarce when the hipsters find out there’s more to life than the fall TV premieres — and more to the future than a social-media spike.

Where the hell is Huey Lewis when you need him?

—
Image by EdgarFabiano, via Wikimedia Commons.