It’s My Own Fault 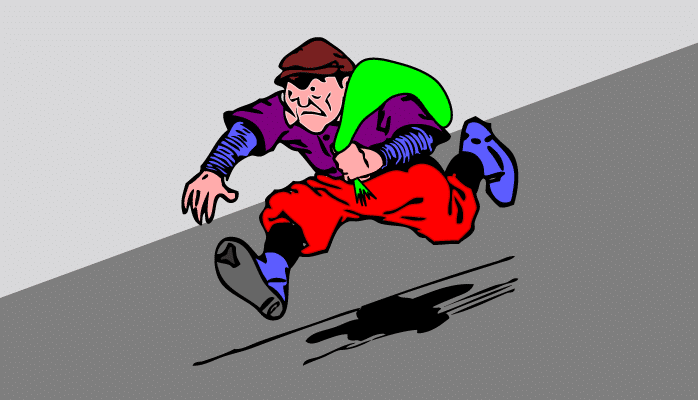 It makes me uncomfortable to realize how many opportunities I miss to blame myself for things.

I was reminded of that particular failing, yet again, when I read this article in Fast Company: “The Psychology Behind Why People Steal Their Coworkers’ Stuff“. It culminates in three simple reminders that I am, indeed, my brother’s keeper. I’m also his nursemaid, his baby sitter, his behaviorologist, his cop, his parole officer, his therapist, and his rehabilitation counselor. Accordingly, here are my marching orders:

We need to start by making it harder for people to do the wrong thing.

Now that I’ve recognized how culpable I’ve been in making it easy for people to help themselves to my stuff, I’m going to surround my cubicle with electrified razor wire. I’m going to booby-trap everything on my desk. And I’m going put a biometric sensor in my Munsters Lunch Box that will launch a drone attack on the poor soul whom I was irresponsible enough not to have deterred before now. With those safeguards against my reckless negligence in place, I’ll be ready for the next step:

We need to increase people’s sense that they are being watched by others.

At risk of creating the impression that I’m some sort of spendthrift (when it comes to shoring up our own shortcomings, can any price be too high?), I’m going to mount security cameras on the walls in my workspace and in the lunchroom. Each of them will have its own monitor below it, so everyone I’ve allowed to succumb to his darkest impulses will be able to see himself in the nefarious act. I’m also going to set up bleachers in those same locations and pay people to populate them in three shifts, 24/7. And just in case that doesn’t compensate for my laxity in letting my fellow man go wrong, there’s this:

We want to remind people that their specific actions bear on their general self-concept.

I will admit to struggling a bit with this one. Perhaps it’s because, in my own self-concept, I don’t think I look good in an orange jumpsuit, nor am I particularly attractive sporting a fat lip, a broken nose, or a black eye — all of which I’d have every right to expect if I didn’t mind my own goddamn business. But what do I know?

It’s my own fault. If I’d only listened to B.B King all those years ago.