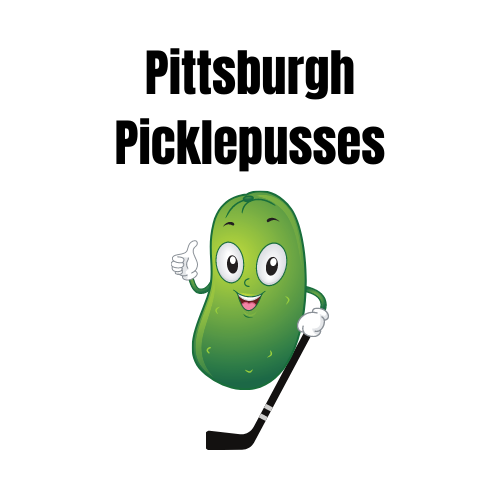 The title of this post is the first rule of communication. It’s also sometimes the hardest to remember, especially if you’re an inveterate practical joker.

When my sons were growing up, I played innumerable jokes on them, concocted stories, said crazy things for effect, and generally engaged in silliness for its own sake. This past Easter, Anne and I traveled to Wendell, North Carolina, to spend the weekend with our older son, Sean, his wife, Lauren, and their two children, Evan (age 8) and Maia (age 5). I treat my grandchildren as I treated my children — constantly joshing, pulling their legs, and enjoying their reactions when they see right through every ounce of blarney I lay on them.

Sean and Evan are hockey fans. They have season tickets to see the Carolina Hurricanes. Evan plays hockey. And he knows more about the NHL than I’ve ever known. So, after returning home from our Easter visit, I decided to play yet another joke on Evan: I created the press release you can see here. I emailed it to Sean. Sean printed it and left it on the counter in the kitchen for Evan to find. I allowed enough time for Evan to find it. Then I called Sean on FaceTime.

Sean said, “He believes every word of it.”

“Yes, he does,” Sean said. “He just asked me if I thought the Picklepusses would take any of the Hurricanes players in an expansion draft. And he told me he wants a Picklepusses jersey.” Then he handed the phone to Evan.

I texted Sean the next day to tell him I had to call that evening, apologize to Evan for fooling him, and find a way to make it up to him. Sean assured me it was okay, that Evan would have to learn to take his lumps, and since he has such an incredibly pure heart (Sean’s term), he was bound to learn some tough lessons along the way.

“Yes,” I said, “but it’s not his grandfather’s job to break that pure heart or to be the source of any of those tough lessons. I’m going to call him tonight.”

I said, “Buddy, listen to me. I’m calling you for two reasons. The first is to apologize. I’m sorry I played such a terrible trick on you. The second reason I’m calling is to tell you you’re such a good guy, you’re getting the jersey anyway.” Then I got immediately to work on saving my face. 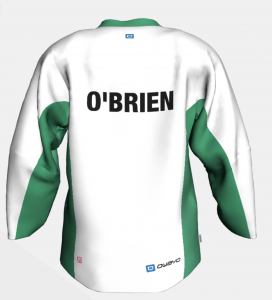 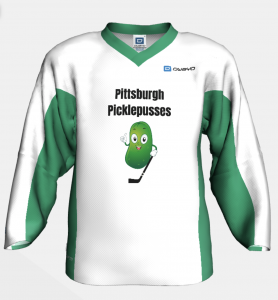 After much searching to find a vendor that would make just one custom jersey, I finally succeeded. I designed the jersey you see here and got ready to send the design to the vendor. It was only as I was about to submit the order that I realized the vendor was in Germany. At that point, I didn’t care about anything other than making Evan happy and restoring his faith in his dim-witted Grandpa O’Brien.

I submitted the order, had the jersey made, and had the vendor ship it directly to Evan.

The jersey arrived in North Carolina. But given their hectic schedules Sean didn’t give it to Evan right away. He’s a very smart man. On June 8th, the Hurricanes were eliminated from the Stanley Cup Playoffs, at home, by Tampa Bay. Sean and Evan were at the game.

When they got home that night, Evan was bummed. Sean played his ace. All was right with the world again.

The most important moral is this: Know your audience. If you don’t, one of the hearts you break may be your own.