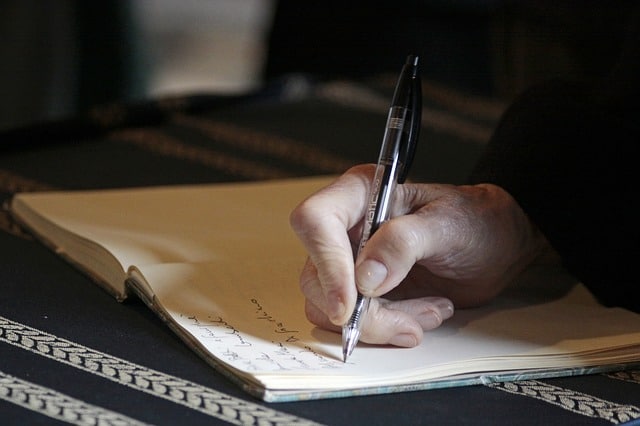 At a large corporation for which I once worked, my boss’s boss told one of my internal clients (I love that phrase) — a gentleman who disagreed with my counsel on a matter of communication and went over my head to report his pique — to ignore me because, “He’s Irish and a creative type.” I took both characterizations to be true and complimentary. I told my boss so.

I also told her that if her boss thought it appropriate to make comments to a client about my ethnic derivation and my imaginative predilections, the three of us could meet cozily with Corporate HR to discuss the matter. They opted to pass.

My boss’s boss was kind enough to apologize. But I knew two things, right then: (1) I’m not suited, in temperament or in inclination, to work in environments in which telling the truth is frowned upon. (2) As a result of realization #1, and though I didn’t know it then, I was onto something that would contribute meaningfully to my professional future.

Some years later, in an online social network for creative types, I read an exchange between two illustrators. One was a sculptor dabbling in illustration, the other an illustrator who used to sculpt. My first thought was that, as a writer, I don’t practice a visual art like sculpting or illustration. Then it occurred to me that writing is very much a visual art.

Writing is about creating mental pictures and even music. I walk around and read everything I write aloud. If I can’t hear the music in it — if I can’t feel its rhythm — I revise it until I can. And writing is very much like sculpting. Rather than working in a physical medium, I work in a linguistic one. Rather than shaping rock, wood, clay, or metal, I shape words. I begin with an entire language, remove the parts that don’t look like my story, then bend and shape what’s left until it’s taken the form I envisioned.

I understand not wanting to write. I can’t fathom being afraid to write. I’m afraid not to write. In my professional life, I couldn’t analyze anything; simplify complexity; articulate plans, concepts, strategic directions, or distinct and differentiated brand positions without writing them out. In my personal life, I write just to see how I am on any given day — sit at my desk, collect myself, clear my head, fill it with new ideas, make some notes — almost anything to get in touch with myself, establish my bearings, and ease into whatever else comes next. Besides, I’m leery about whatever comes next unless I’m creating it.

So, jot down your imaginings. Show them some light and some love. It might be the first time you’ve ever seen them. Rearrange them. Play with them. Look ahead. Have fun. It’s your life. You have just one lifetime in which to create it. But you have every day in which to re-create it.

The bad news is someone might call you a creative type.

The good new is you’ll know write from wrong.

—
Image by annazuc, courtesy of pixabay.com.