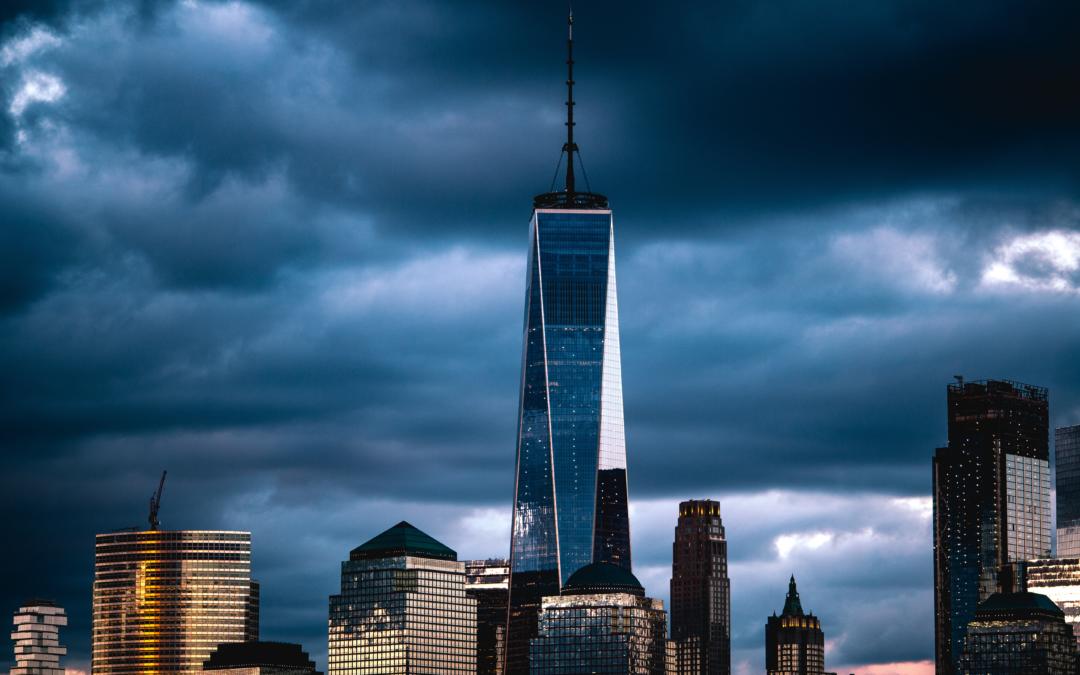 In his book, The Life of Reason, the American philosopher, poet, novelist, and critic George Santayana (1863-1952) wrote, “Those who cannot remember the past are condemned to fulfill it.” Seventeen years after September 11, 2001, the matter is not whether we remember our past — but what we do with the memory.

The terrorist attacks on the World Trade Center and the Pentagon marked the end of our innocence, or at least our insular naïveté. We became citizens of the world’s vulnerability for the first time in nearly 60 years. We found grief and hope in the stories of loss and survival, happenstance and heroism, frailty and courage.

We were served notice to take care of our own, while we can — at home, in the workplace, and in the world. We were taught the brutal actuality of a terrorist attack that claimed thousands of lives, destroyed billions of dollars in property, and wreaked havoc with our systems of transportation and communication, expectation and faith. We continue to face a realization equally brutal, disarmingly real, and politically contentious: The continuing terrorist conflicts in Europe and the Middle East notwithstanding, such an attack could happen again.

Should this be cause for morbid apprehension or constant alarm? Clearly not. We won’t permit it. Even if the threat of another 9/11 warranted such edgy anticipation, we will not abide long-term interruption of our traditional distractions. We will not be kept from the comfort of our daily routines, from the trivialities of our political quibbling, from our preoccupations with celebrity, notoriety, and the pursuit of things material and superficial.

We’re Americans. We’ve earned the right to indulge ourselves in any way we see fit, thank you very much. Because we’re pragmatists, we’ll keep an eye on the news and social media, even if we don’t believe most of what we see. Because we’re idealists, we won’t do so at the expense of Real Housewives, Dr. Pimple Popper, and QVC.

In remembering the past, two seemingly unrelated but beautifully American questions obtain. The first was asked on Monday, September 10, 2001. At a benefit performance by the jazz pianist Marcus Roberts, a questioner asked, “What is jazz?” Marcus answered readily and succinctly, “Jazz is the history of a people expressing itself through adversity. It’s about living on the edge and maintaining sure footing.”

The second question has been asked repeatedly since the day that followed. America was attacked by religious fundamentalist terrorists. In the aftermath, we continue to ask, “What do we do now?” The second answer is the same as the first, as ready and succinct: We express ourselves through adversity. We live on the edge and maintain our footing.

We do this by recognizing the luxury to which we’ve become accustomed in the United States:

Seventeen years after that attack, after transforming 9/11 into yet another made-for-TV event — in between the latest political side-swipes and stock-market reports, before the latest iterations of Survivor and the must-see syndicated re-runs of Seinfeld and Friends — we maintain our footing through faith in the resolve that never leaves Americans. As we exercise our luxurious indulgences, we remain watchful over those with whom we work and share life every day.

Mindful of the past, we combine our idealistic conviction that, as Americans, we will prevail, with our pragmatic understanding that even idealism needs a Plan B. With neither morbid apprehension nor undue alarm, we maintain our footing through the shared though unstated conviction that – should the need arise again, as it did on 9/11 — we will do what otherwise opinionated, sarcastic, cynical, petty, superficial, materialistic, unreflective, bored, self-absorbed, divided, and free Americans do:

The British writer and critic, L.P. Hartley (1895-1972), said famously, “The past is a foreign country; they do things differently there.” September 11, 2001, proved the future will be equally foreign. They do things differently, quite unpredictably, and sometimes brutally there. They did something equally unpredictable and brutal here. We will remember. But we will remember in our own way.

Go ahead and call us opinionated, sarcastic, cynical, petty, superficial, materialistic, unreflective, bored, self-absorbed, and divided. We are. We’ve earned every one of the absolute rights we have to be so — and to work out our problems in our own way and time. We’re free. As a free people, we express ourselves through adversity, just as we expressed ourselves through the adversity visited on us from the skies on Tuesday, September 11, 2001. And we will maintain our footing. We will. We do. We’re Americans.

If you doubt, test us.