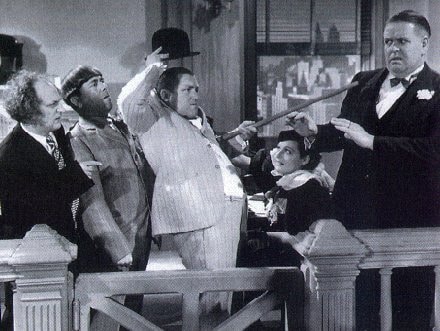 I left my last corporate job 20 years ago. Even then, I was aware of a phenomenon that continues to become more prevalent: Kleptus vocabularus — the stealing of a lexicon germane to one context for the purpose of deliberately misleading in another context. More specifically, kleptus vocabularus is typically employed to create the appearance of meaning where there is none.

I first noticed it in staff meetings. Our department’s IT Director would present his update in what sounded like an arcane argot beyond my knowledge and ability to comprehend. The VP to whom we all reported would nod knowingly, eyes narrowed slightly, as if aware of and impressed by the IT Director’s linguistic prowess and subject-matter expertise.

I couldn’t figure it out: The IT Director rarely showed up before 10:00 in the morning. He could seldom be found after 2:00 in the afternoon. He did nothing, and everyone (except the VP) knew it. Yet he was able to impress … then it hit me. He was able to combine kleptus vocabularus with senseless gibberish, secure in his conviction that none of us would have the courage to believe he had no idea what he was talking about — and even more convinced none of us would call him on it.

Fast forward: The latest version of this phenomenon manifests around marketing — digital marketing, content marketing, inbound marketing, marketing automation, and advertising. Once again, it initially gave me that sinking feeling as if I weren’t getting it … then it hit me … again.

Tom Goodwin, author of “Is Vagueness Killing Advertising?” noticed it, too. He believes ambiguity is to blame:

The rise in popularity of mobile advertising, content marketing, native advertising and the continued focus on digital leads me to one question: Does anyone really know what they are?

I’m not so sure. Rather than ambiguity, I believe it’s deliberate equivocation. It’s another case of kleptus vocabularus. It’s taking the lexicon of electronic communication, digital marketing, and the Internet and applying it to basic, traditional, tried-and-true communication. And if we read between the virtual lines, it’s telling us human beings communicate in the same ways in which they always have, albeit in more contemporary media.

Consider: If the only thing that’s ever compelled anyone to do or to buy anything is a persuasive message — but we now refer to the message as content — we can say things like, “Content is king!” and have entire groups of people believing we’re talking about something new. Then if we tell ’em the effective dissemination of messages depends on sales-ready content, inbound marketing, marketing automation, and advertising technology, we’ll really have ’em on the run.

Be skeptical. As Mr. Dooley, Finley Peter Dunne’s fictional Chicago saloonkeeper would say, “Trust everyone. But cut the cards.” The deli-meat merchants can only sell us so much baloney.

It’s only a matter of time until we have to ask: “Are you tryin’ to give me the double-talk?”

—
By Oanabay04 at en.wikipedia [Public domain], from Wikimedia Commons