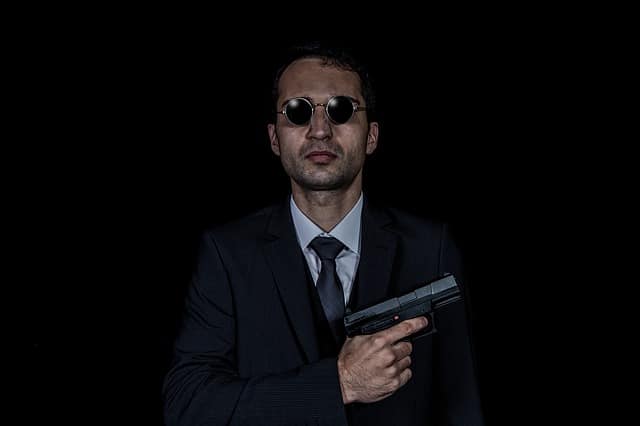 The key principle behind M&A is that two companies together are more valuable than two separate companies … When one company takes over another and clearly establishes itself as the new owner, the purchase is called an acquisition … a merger happens when two firms … go forward as a single new company … A purchase deal will also be called a merger when both CEOs agree that joining together is in the best interest of both of their companies.

I knew I’d heard something about that business model before, so I got in touch with Antonio “Tony Ducks” Corallo. Tony Ducks successfully conducted numerous M&A transactions in which he acquired and merged the entire New York construction, trucking, sanitation, and garment industries with his own … uh … organization. After sweeping the place for bugs, subjecting me to a colonoscopy prep, and having one of his associates give me a VERY thorough exam to make sure I wasn’t wearing a wire, he agreed to let me interview him in his office.

In the following transcript, your intrepid scribe is identified with the initials of my last name: OB. Tony Ducks is identified, quite creatively, I might add, as TD.

OB: Thank you for agreeing to this interview, Mr. Ducks.

TD: Call me Tony, kid. And be careful.

OB: After the track by Weather Report?

TD [turning to one of his associates]: You know what dis kid’s talkin’ about?

OB: Okay, then. Well … uh … let’s talk about how you make your deals and your sales cycles. How do you typically go about working with the companies you’re interested in, and how long does it take to close the arrangements?

TD [pointing to two of his other associates]: I send in the A-Team.

TD: Yeah. My two top negotiators — Vincenzo “Vinnie Geese” Provenzano and Pasquale “Cornish Game Hen” Antolini. They go over to see the owner. They make him an offer. The owner goes to change his shorts. And dat’s dat. Five minutes, it’s all over.

OB: What if the owner doesn’t like your offer?

TD [turning to the first associate]: I don’t t’ink dis kid gets out much.

OB: Whoa! All I’m asking is what happens if the owner chooses to remain independent?

TD [gesturing at yet another pair of his associates]: I send the B-Team.

TD [turning again to the first associate]: What is dis kid, some kind o’ smart aleck?

OB: Hold on! Hold on! Okay. One last question. What if the owner doesn’t settle with your A/R crew.

TD: He becomes a magician.

OB: He flies away?

TD [turning yet again to the first associate]: Ya gotta give da kid credit for one t’ing: There’s no quit in him.

After the last exchange with Tony Ducks and his Associate, there was some minor gunplay. I successfully executed a few evasive maneuvers as we say in the biz and managed to leave the meeting unscathed. But if I can’t get into the Witness Protection Program, I’ll be laying low for a while.

You can’t be too careful with those birds.

—
Image by marla66, courtesy of pixabay.com.