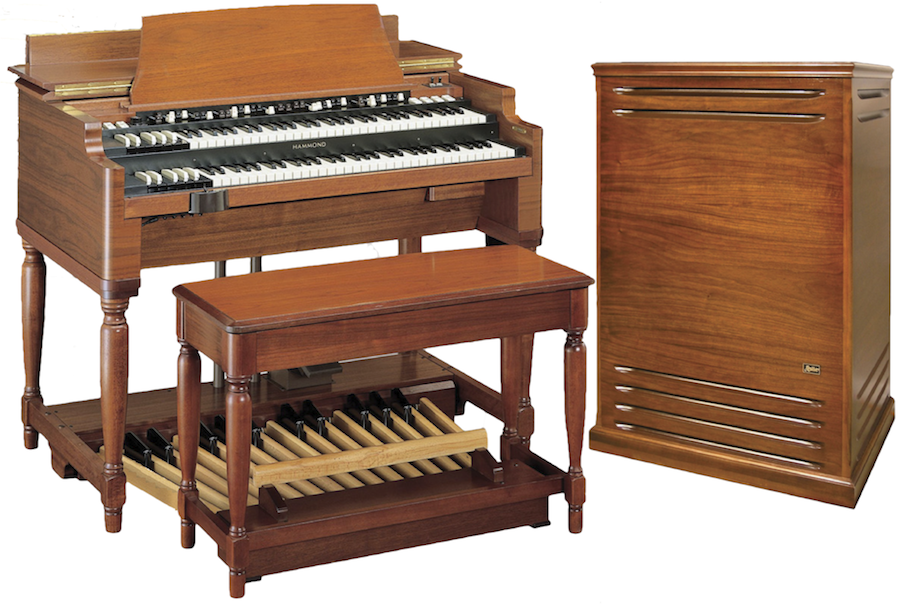 If you’re an excitable boy like me, you can get really juiced over headlines. This one, for example, grabbed me by the tonsils: “Scientists discover new organ in the throat.” My first thought, of course, was that someone had found a new, original Hammond B3 organ in somebody’s yap. Such a find would have been a boon to history and to keyboard afficionados everywhere.

Invented by Laurens Hammond and John M. Hanert and first manufactured in 1935, the original B3 generated sound by creating an electric current by rotating a metal tonewheel near an electromagnetic pickup. The sound was strengthened by an amplifier, which in turn drove an equally classic and vintage Leslie speaker cabinet. In 1975, however, the Hammond Organ Company precipitated its demise by switching from tonewheels to integrated circuits. The company was gone by 1985; although, the Hammond name was purchased by Suzuki, which continues to make Hammond knock-offs along with cars, motorcycles, outboard motors, musical curricula, and other related items.

If you’re not familiar with the classic Hammond sound, you can look up the catalogs of pioneering jazz musicians like Jimmy Smith and Jack McDuff, to name just two. Barring that research, you can just listen to this track, about which I wrote this in a 1996 review for the now-defunct website, NY CD Blues:

The title of this track says it all. This is the wickedest groove I’ve heard in a very long time. Recalling Paul Shaffer’s theme for Late Night with David Letterman, at least at the outset, this number is swinging and jazzy, moody and expansive. It’s carried melodically by the lower registers of Tony Z’s Hammond, lubricated by Duke Robillard’s fluid comping, and made transcendent by Houston Person’s luminous sax solo. The hermetic tightness of Bernard Purdie [drums] and Johnny B. Gayden [bass] on this track recalls the seamless pockets created by Joe Morrello and Eugene Wright in the Dave Brubeck Quartet. And Tony Z’s solo? Rolling, thundering passion — with utter control and a masterful sense of dynamics.

If you’re so inclined, you can read my review of the entire disc here.

Alack and alas, the organ cited in the headline above is nowhere near as juicy as a Hammond B3. Rather, it’s:

a set of salivary glands set deep in the upper part of the throat … Because of their location over a piece of cartilage called the torus tubarius, the discoverers of these new glands have dubbed them the tubarial salivary glands.

And while tubarial salivary glands don’t sound terribly musical, at least they set this excitable boy off on a hopeful note.