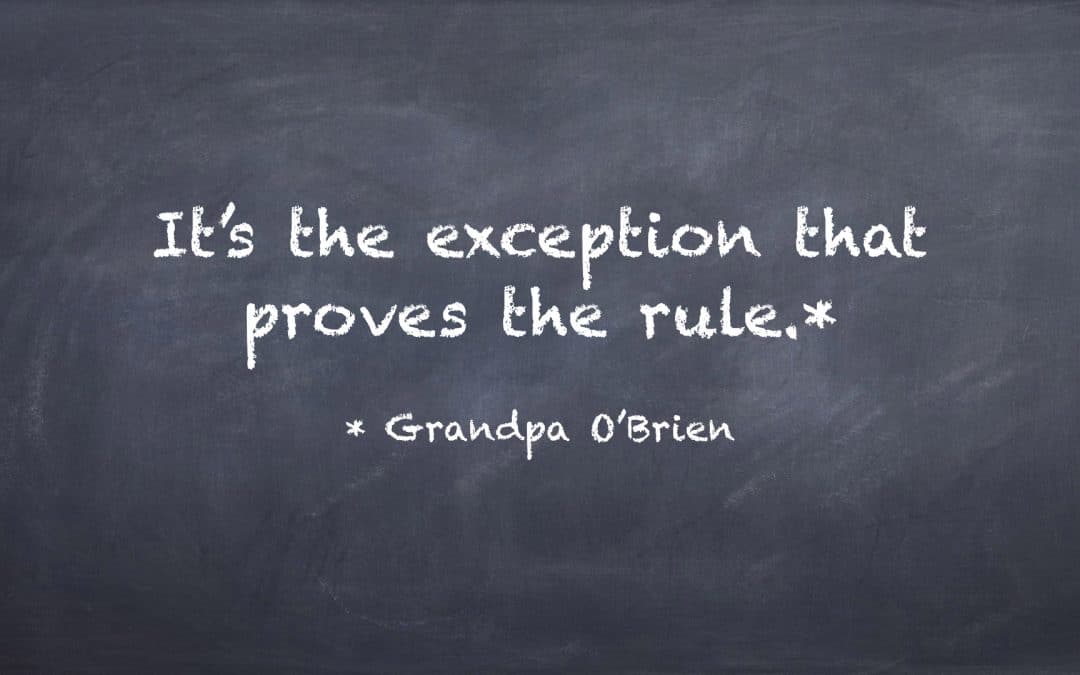 Among many other rewarding things, my working life has enabled me to acquire quite the compendium of handy axioms, many of which have become words to live (and work) by. As a public service, I share three of my favorites here:

#1. Never believe anything until it’s officially denied. At one time, I worked for one of the proverbial major insurance and financial services companies. After selling off roughly 27 percent of the common stock of said company — to a rapacious shark for whom 27 percent was merely blood in the water — the Chairman of said company issued a video statement. He had his disembodied self wheeled into every department on a cart containing a VCR and a monitor. And appearing for all the world like Max Headroom, he denied that anything would change, telling us business would continue as usual. How’d that work out?

#2. We should be able to get it faster, cheaper, and better than that. This, of course, directly violates The Good, Fast, and Cheap Rule, which states:

The Good Fast and Cheap Rule appears in The Guinness Book of Records as the most ignored — and, so, violated — rule in business.

#3. There’s never time to do it right, but there’s always time to do it over. One of the qualifications for any middle-management position, at least in the United States, is a minimum of one documented instance of having proven this maxim — and incurred its attendant costs — however unwittingly. Combining ready, fire, aim with we need it yesterday, this sad saw has been responsible for more gray hairs, more wasted time and material, and more needlessly spent money than the previous two combined.

I know you haven’t asked for advice, but I’m feeling magnanimous: If you witness the manifestation of any of the phenomena described above, grab the nearest phone and call 1-800-NEW-GIGS. Operators are standing by.