My Irish Coffee With Bono 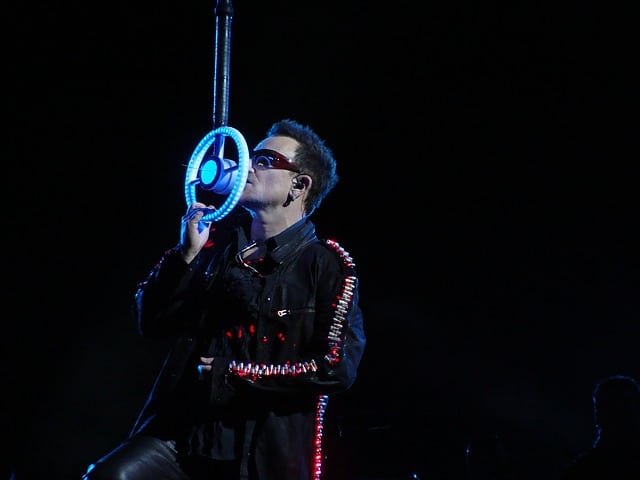 After I got through the promo for his new book — and his seven-minute video — I read a LinkedIn post Tuesday from Marshall Goldsmith. Marshall’s famous. If he isn’t, he should be. It’s also possible he thinks he is — or thinks he should be. I’m not sure. What I am sure about is that he wears Polo shirts.

Anyway, the post is called, “My Dinner With Bono“. In the post, Mr. Goldsmith describes the ways in which Bono personifies the things Mr. Goldsmith thinks we should do to live happier, more fulfilling and productive lives. It reminded me that I’ve been remiss in not sharing my own experience with Bono:

It was 1983. U2 was relatively unknown. They were touring the States on the strength of their hit, “Sunday, Bloody Sunday“. As part of their itinerary, they played Spring Weekend at my alma mater, Trinity College in Hartford, Connecticut. When Bono heard I was a student, he invited me to share an Irish Coffee with him in The Cave, a quaint but stupidly named café on campus. (We didn’t actually share an Irish Coffee like with two straws or anything. Each of us had his own.) He was eager to tell me how he was going to get famous and what he was going to do when he got that way.

In case you’re taking notes, here are some of the things he said:

I found the conversation so inspiring, I drank 12 Irish coffees.

You can say what you want about Bono. But he sure is famous.

—
Image by toddpoirier, courtesy of pixabay.com.