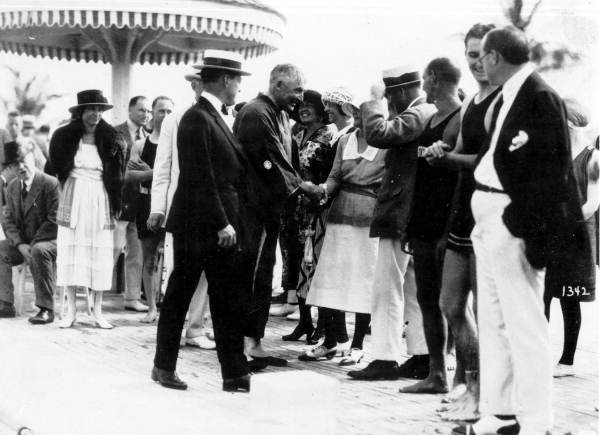 I read an article in Inc., “It’s Official: Networking Makes People Feel Sleazy“, over breakfast the other morning. Its psychological premise engaged me fully, especially this:

Just the thought of saying “find me on LinkedIn” is enough to send some people reeling, mostly because the idea of forming relationships in order to get ahead feels, well, pretty immoral. Isn’t that the very definition of using someone?

Who couldn’t relate to that? I think we all tend toward feelings of unctuousness when we’re glad-handing a room. In fact, I once spiralled  into existential crisis after a client, while introducing me to one of his acquaintances, said: “Mark’s the best salesman I’ve ever known.” WHAT? ME?! I spent a sleepless night trying to figure out what I’d done wrong.*

So, I found the suggestion of turning networking into a game intriguing. What’s better than play? And what better way to reduce self-inflicted pressure than by skirting the trap of taking ourselves seriously? But that’s not where the article was headed:

Learn by observation how to hold a conversation, then set a rule to hold three different conversations at an event. If you can make it through that, you’re likely to meet someone you like — and realize networking isn’t about feeling like a used car salesman, after all.

Reading that, I couldn’t help but wonder:

The answers to those questions notwithstanding, I humbly submit: As writers, if we give our readers credit for their accomplishment and their astuteness, they’ll never let us down.

As Hunter S. Thompson was wont to say, “We are, after all, professionals.”

* The next day, I asked my client what he’d meant. He said, “You tell the truth and believe passionately in what you do. That’s engaging, contagious, and very powerful.” I then spent a sleepless night trying to figure out what I’d done right.