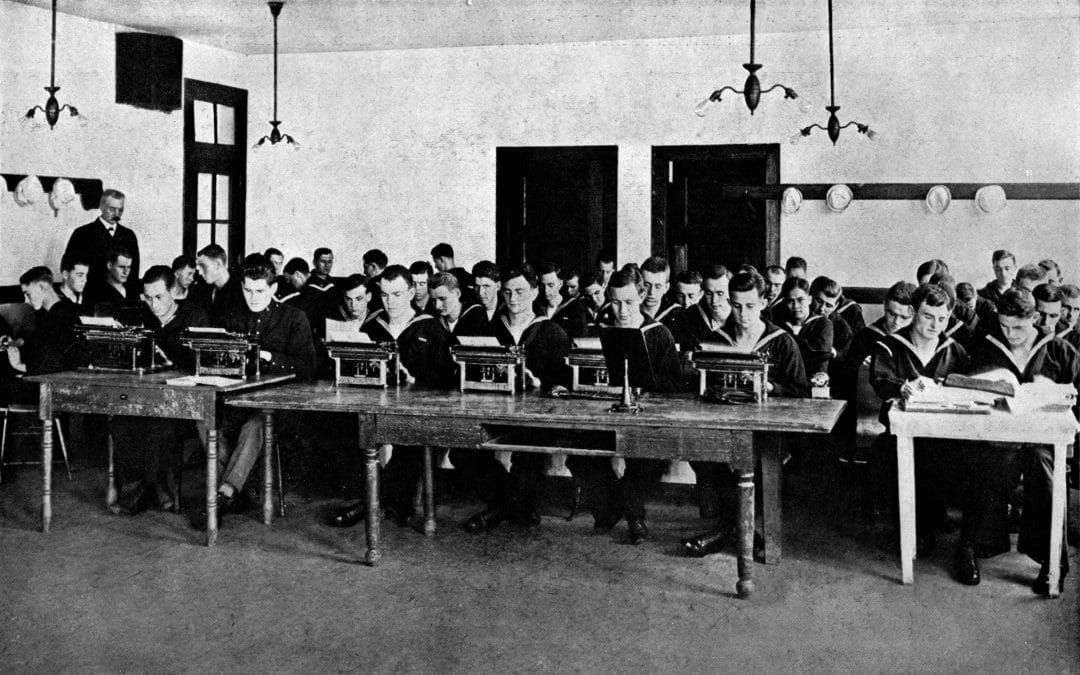 For those of us who care about such things, it’s fascinating to note that keyboard design and composition have remained largely unchanged since Enrico Royal brought the first typewriter to the United States aboard Christopher Columbus’ flagship, Santa Maria. Since Enrico was Chris’s personal secretary, this revelation goes a long way toward explaining why Chris was able to publish The Pilgrims of Cuba in August of 1492, even though he didn’t land there until October.

While Enrico’s keyboard has been perfectly serviceable for more than 800 years, we’re not satisfied with the status quo. We’ve been tinkering with a radical re-design, the compositional tools of which include keyboard shortcuts for the most common business words, phrases, and complete sentences. Here’s a partial list of the expressions possible with our new board:

We’re not sure Apple or Microsoft will be interested in our new keyboard. But bureaucrats everywhere will clamor for its promise of ensuring less accountability through technology.

We’ll be happy to take their money. But they’re not our type.