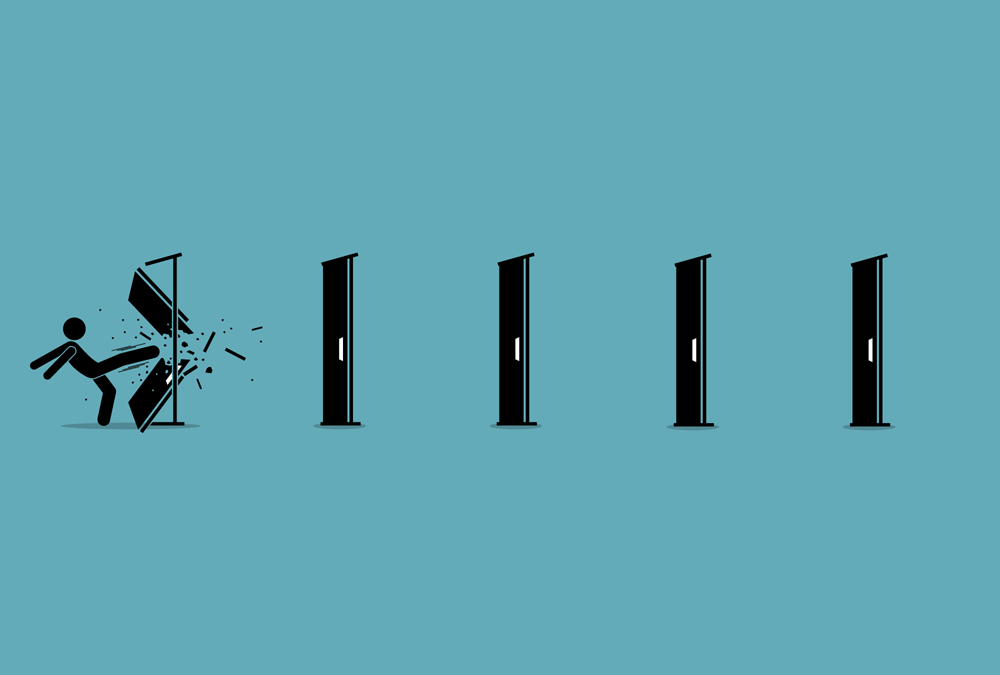 Since many of our clients sell software and services to the insurance industry, it behooves us to pay attention to much of the content published in the industry’s myriad media milieus. This is a practice that yields mixed rewards: On one hand, we come across some hens-teeth nuggets of legitimate substance and discernible meaning. On the other hand, most of what we encounter constitutes rote gibberish and meaningless abuse of language. As two examples of the latter, we offer these:

First, we saw an article in Carrier Management entitled, “Is Insurance Innovation Disruptive Enough?” This is the first of only two paragraphs we were able to read before running headlong into the paywall:

Less than 10 percent of insurance carriers responding to a recent survey said they spend more than half their time on “disruptive innovation”—and that 10 percent figure has stayed roughly the same in recent years.

Needless to say, we won’t be anteing up to vault over the paywall. We have to presume someone at some time must have defined disruptive innovation for the poor schlemiels who had to respond to that ostensible survey. Otherwise, how or why would anyone spend time on something as nebulous as disruptive innovation? If so, and if the question was intended to be anything other than rhetorical, the answer to the titular question has to be: “No. Insurance innovation isn’t any more disruptive than any other chimera, figment, hallucination, fantasy, or lip-service pipe dream.”

The second dereliction of discourse we saw, published in Insurance Innovation Reporter (IIR), was entitled, “How Incumbent Insurers Can Disrupt Themselves.” The second of two paragraphs we were able to see before we cracked our noggins on the paywall contained this, which we’ve abbreviated in the interests of mercy and sanity:

Incumbent insurers face disruptive threats from new competitors … large traditional institutions are less agile and slower to adapt. However, they retain advantages over startups and can pursue an effective course of self-disruption … [but] size is a sign of success … it is also a sign of the endurance of a company that has survived over the changes of nearly two centuries.

While we won’t be scaling IIR’s paywall either, and granting IIR the benefit of the doubt, we’ll imagine incumbent insurers are those already holding the business of some unidentified policyholders. Our imaginations come up a little short, however, when we attempt to discern with any degree of precision exactly what incumbent insurers — the sizes of which are ostensible signs of their success and that have endured for centuries (or at least decades) — might do to disrupt themselves. We’re fairly certain strategically placed explosives might cause some sort of disruption. Beyond that, we got nothing.

And we can’t decide what’s more important — disruptive innovation or innovative disruption. The former would seem to ensure a high degree of systemic inertia, while the latter seems sure to result in acute organizational torpor. It probably doesn’t matter, either way.

As long as we’re talking a good game, it doesn’t much matter what kind of game we’re actually playing.