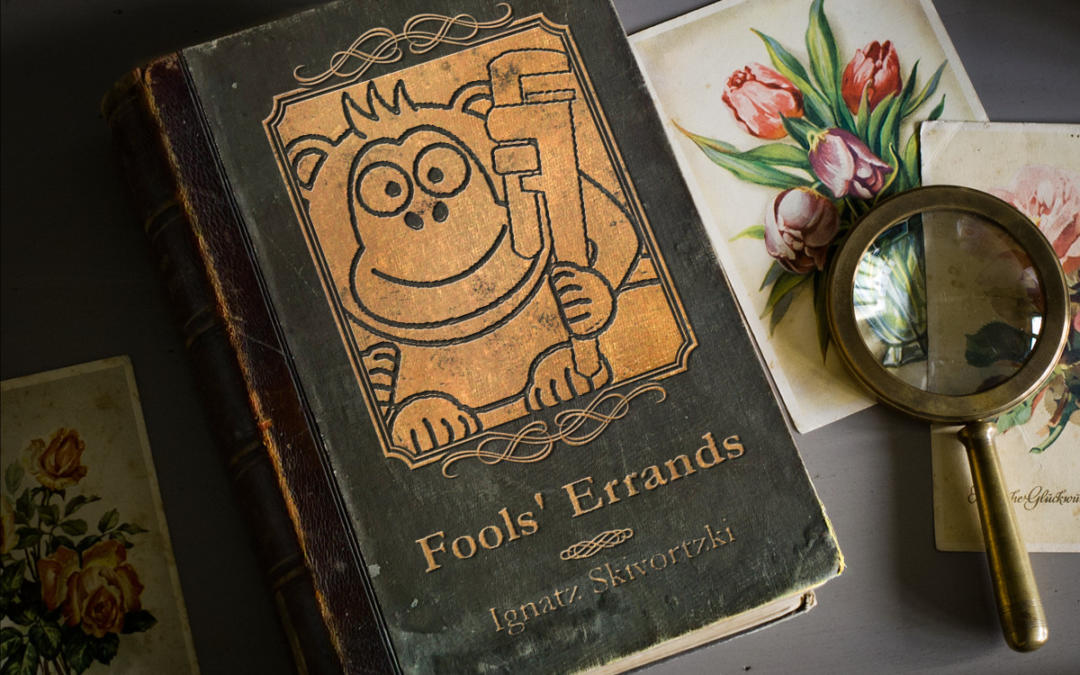 Once I know how useless something is, I really don’t enjoy being reminded of its uselessness. Alas, as I’m quite aware, the world doesn’t care much what I do or do not enjoy. And, so, I couldn’t ignore this reminder: “Capital projects: Creating digital-first organizations” (hat tip to Theo Priestly for the share).

I’ve known McKinsey and its ilk are useless for more than 30 years. I learned of that uselessness while collecting a bi-weekly (if ill-gotten) paycheck from a major insurance and financial services organization (a favorite phrase). At the time, said organization was so heinously mismanaged it decided to spend some of the money it was losing to purchase a study from McKinsey, thereby appending McKinsey’s bureaucracy to its own stultifying swamp for the purpose of having McKinsey conduct a cost/benefit analysis (thereafter memorialized as CBA). The fact McKinsey produced neither itemized costs nor discernible benefits troubled no one. But that statement is as gratuitous as the outcome was predicable.

Setting the criminal hypocrisy of the entire undertaking aside, the CBA proceeded along its merry, fraudulent way, targeting middle and lower management, ignoring the administrative ranks, and protecting the privileged species of Presidentus Vicerius and above. One afternoon, as I was venting my bladder (in the Men’s Room, of course), the VP to whom I reported sidled up to the urinal to my right and engaged me in the following exchange, as blithely as if he were reporting a forecast of sunny skies and mild temperatures for the next day:

VP: [Name withheld, the president to whom he reported] says you’re on the CBA list.
Me: Are you telling me to get my resumé in shape?
VP: No. I’ll get you off. [Zip!]
Me: Don’t forget to flush.

I hung in there (at the company, not in the Men’s Room) for a few more years that I’ll never get back.

Its 6,240 words notwithstanding, all you have to know about the McKinsey Missive cited above (as well as McKinsey and its ilk) is right here:

Many players struggle because they don’t establish an operating model that supports digitization and innovation … to support innovation and value creation in core business activities.

And all you need to know about the Exhibit (a generous characterization if I ever saw one) is in my annotations, which I present with my trademark, inimitable, and unfailing modesty here: 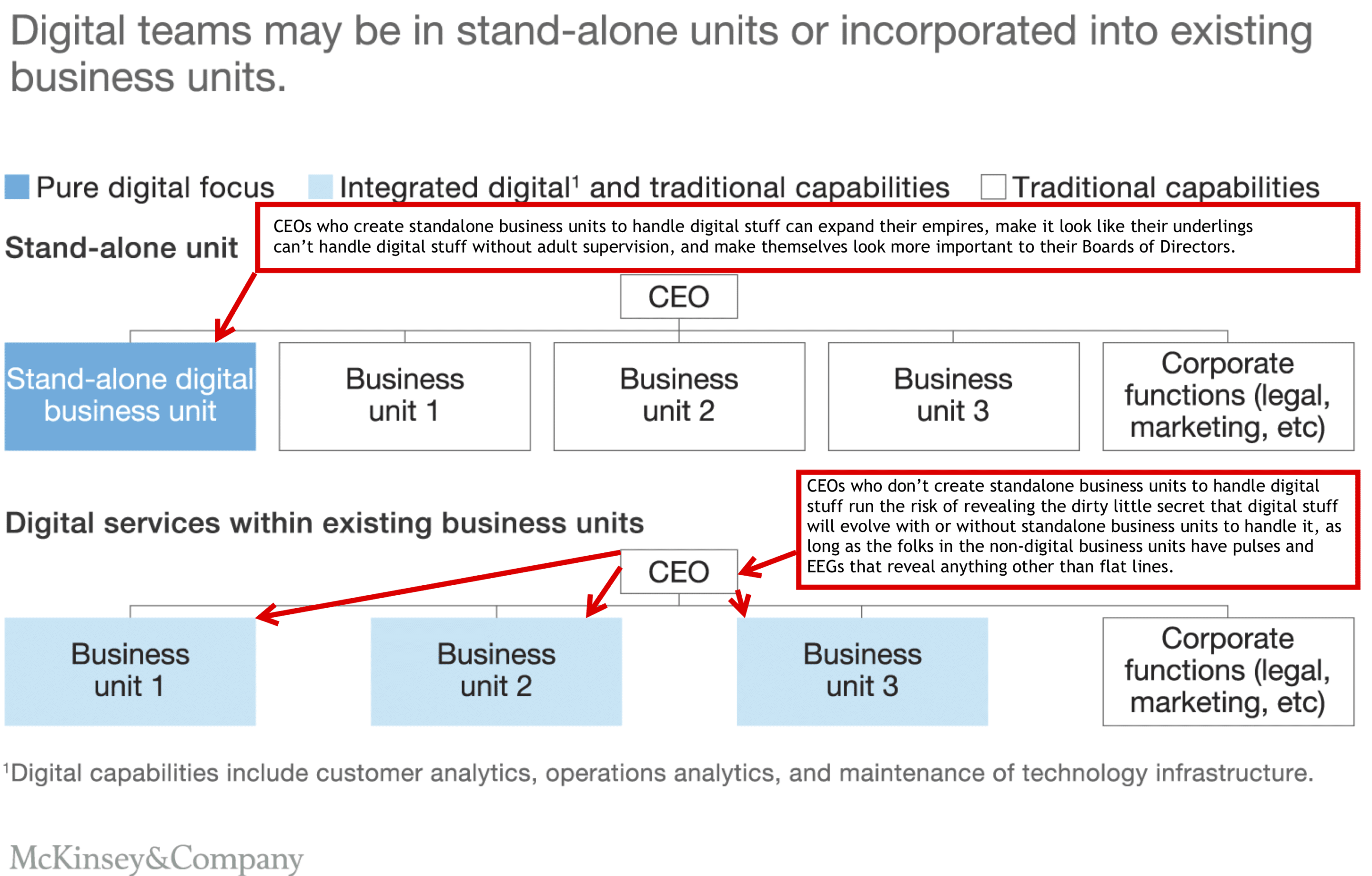 Give Yourself a Break

If you fall into the trap of trying to extract any substance from that cretinous, sophomoric drivel, even if you opt to subject yourself to every one of its SEO-stacked 6,240 words as part of the extraction process, lower your expectations before you start. It’ll take you quite a while, but you’ll still come back empty-handed.

Like fetching a bucket of steam or a left-handed monkey wrench, trying to glean anything from that self-important babble is a classic fool’s errand.