Smile When You Say That 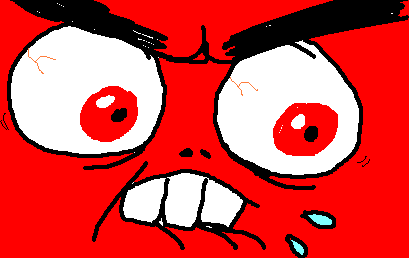 Since missing boats seems to be the story of my life, I shouldn’t be surprised that yet another one apparently sailed without me. To be more specific, I’m having trouble understanding what the big deal is about Harvard Business Review. (“Oh, my Gawd, Edna! Do you see what he just wrote?!”)

Case in point: I recently told a friend I was righteously torqued about something, to which he responded by sending me “What to Do When Anger Takes Hold“ from HBR. Since you have to believe (or hope) HBR’s readership is pretty much crawling with adults, the title struck me as curious. But … whatever.

The post posits — and I’m paraphrasing — that we can enable ourselves to act powerfully under the influence of high emotion while still achieving favorable outcomes. We can do so by employing informal techniques such as not blowing our stacks, not threatening, not swearing, not telling the object of our ire that his grandmother wears combat boots, and not inflicting bodily harm on said object. (Okay. I made up the last one.) Then it goes on to offer three formal techniques:

It’s entirely possible I missed the boat when HBR started targeting a younger audience. On the other hand, it’s equally possible common denominators have gotten a little lower since the last census.

Either way, be sure to watch HBR for my upcoming post: “How to Shatter the Class Bully’s Nasal Bone When He Steals Your Lollipop”.

—
By Smurfy (Own work) [Public domain], via Wikimedia Commons.