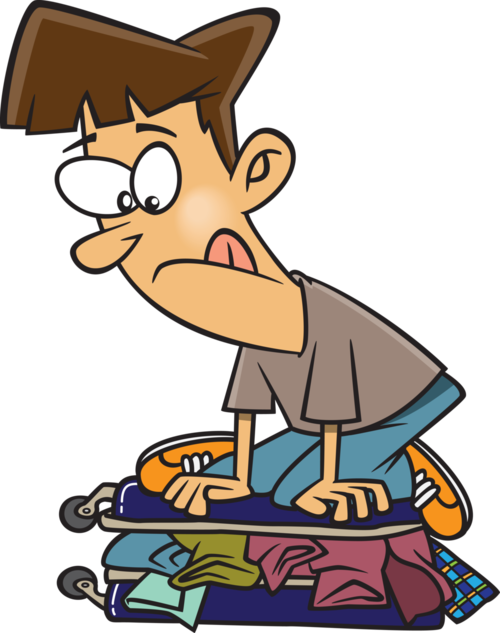 I don’t like to think of myself as being a terribly reactive person. I’m not a panic-first kind of guy. I generally prefer to be tempered, measured, moderate, contemplative. I prefer to weigh things as objectively as I can — to consider evidence, to gather facts (if there are any to be found in a growing sea of emotional opinions), and to determine a course of action if, and only if, one is warranted.

But I have to admit: As soon as I saw this headline in Newsweek — “Enormous Comet Has Entered Our Inner Solar System, Heading Towards Earth” — I started packing my shit.

Experience Is the Best Teacher

When the first predictions started being announced about the asteroid that hit Mexico’s Yucatán Peninsula, my Uncle Louie ignored all the predictions and evacuation warnings. Instead, he laid in a six-month supply of milk, bread, eggs, and toilet paper. He went to Almacén de madera de Raoul and bought plywood (no one cared about conservation, climate change, or the deforestation of plywood trees back then), brought it home, boarded up all his windows, let his dog, Homer, out to take a whizz (he’d forgotten to buy pee pads), locked all the doors, and scoffed at the dire predictions: “Todos ustedes, agoreros e histéricos, pueden contar su historia caminando.” Then he cracked open a Dos Equis, gave Homer a Hueso de Leche, put his feet up, and sat back to wait it out.

Now that C/2017 K2 is headed our way, I don’t know where I’ll go. But I do know it won’t be the Yucatán Peninsula. I can’t run the risk of history repeating itself. I’m thinking the North Pole should be safe. All the polar bears are gone, so none of them will be harmed. And not even God would dare drop a comet on Santa and his elves.

I just hope I remembered to pack my sun screen.