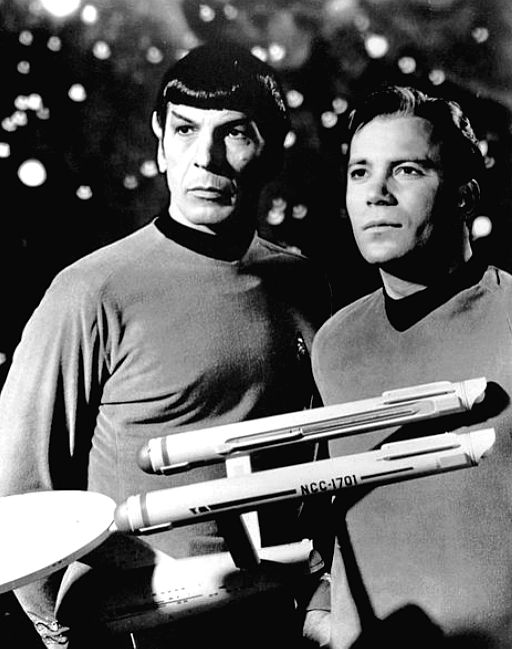 Spock: Captain, why are you wearing that radiation-proof suit and preparing to exit the starship?

Kirk: Scotty, Bones, and I are going to measure the Dark Social.

Kirk: Dark Social. The communication transmissions we get from sources other than Starfleet Command.

Spock: What difference does it make?

Kirk: If we determine which transmissions come from Starfleet Command, we’ll know which ones don’t.

Spock: Quite logical, Captain. But if you can discern communications by content — direct orders, course corrections, or mission amendments from Starfleet Command  vs. threats from Klingon warships, challenges from deranged tyrants from other planets, or random contacts from alien life forms — why measure the communication?

Kirk: Because they might have come from some indirect source like reflecting off a planet or a star or something.

Spock: I still don’t know why you’d want to measure those communications.

Kirk: Because you can’t manage what you don’t measure.

Spock: But why would you have to manage communications if they’re all inbound?

Spock: I recognize the need to manage outbound communication, Captain. It simply wouldn’t do to have confidential transmissions intended for Starfleet Command to be errantly sent to, by way of example, Arngorff, the reptilian leader of the Slimerians. What I don’t understand is the need to manage inbound communication when all that’s required is to receive it and respond to it appropriately if, indeed, any response is required at all.

Kirk: So if we can’t see it but we measure it, at least we’ll know it’s there.

Spock: And that will lead you to conclude that you can manage it.

Spock: [wiggles ears] No. That’s my name in Vulcan. Its closest English translation is Ernest.

Kirk: Are you serious?

Kirk: Yeah. Okay, Ernie. Are we cool on this Dark Social thing, or what?

Spock: In truth, Captain, I still don’t quite grasp the reason for going to all this technical time and trouble to measure something that doesn’t warrant measuring.

Kirk: Good grief, Spock! I’m doing it because the Commander-In-Chief of the Federation Starfleet wants to know! HE TOLD ME TO MEASURE DARK SOCIAL!

Spock: You mean to tell me the Commander-In-Chief of the Federation Starfleet has nothing more important with which to concern himself than measuring Dark Social?

Kirk: Am I the only boss you’ve ever had, Spock?

Kirk: You’re lucky. Oh … one more thing: While we’re out, have one of Mr. Sulu’s technicians in the Thruster Room bring a left-handed monkey wrench and a bucket of steam to the bridge for when I return.

Spock: Is the Starfleet Federation, by any chance, a bureaucratic organization?

Kirk: Why do you ask?