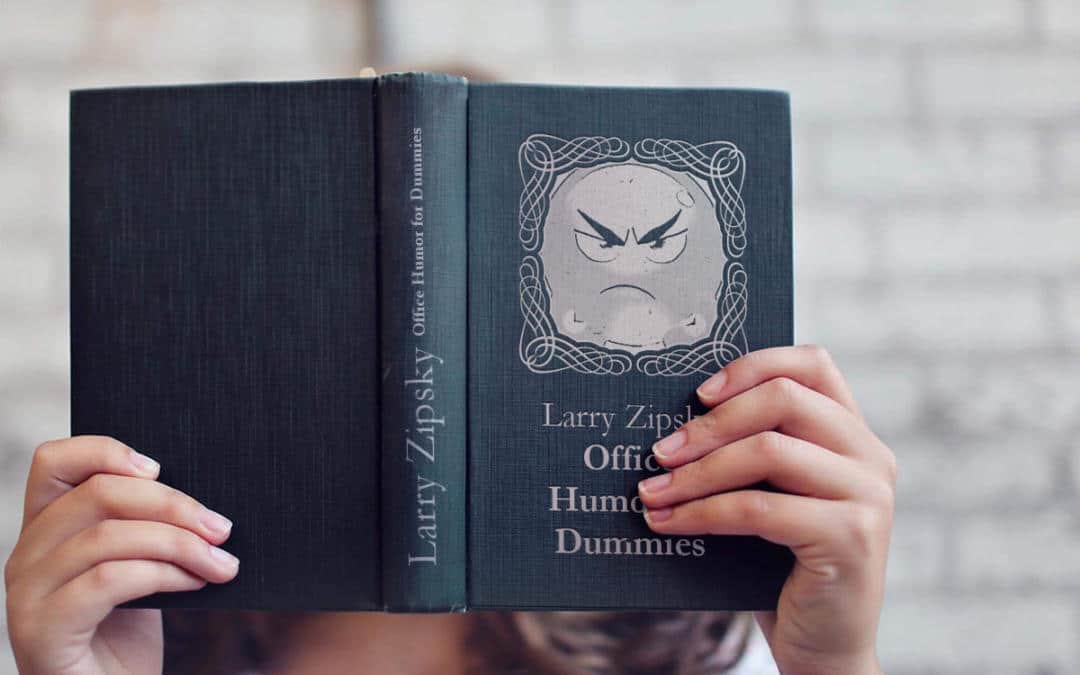 Researchers at Australia National University (ANU) have discovered irrefutable evidence that humor can reduce workplace stress. So, the institution publicized the results of its research in a post called, “How humour can help reduce workplace stress“, and put a u in humor, so we’d know it really came from Australia. The post said this, in part:

A bit of humour at work can help employees deal with workplace aggression and stressful situations … workplace aggression and bullying is a widespread problem … [but] research show[s] humour can be used to reduce the negative impact of aggression … The experiments worked by having participants exposed to a simulation of a colleague aggressively shouting at them and then shown one of two short videos, one of which was humorous.

But why quibble? Humor (or humour), workplace aggression, and bullying are supposed to be taken at face value, right?

Four other researchers — three from the University of Arizona and one from the University of Colorado — published a paper for publication in the Journal of Applied Psychology, which they excerpted for presentation at the 34th Annual Conference of the Society for Industrial and Organizational Psychology (SIOP) in Washington, D.C. According to the paper, when it comes to women, humor is no laughing matter:

Guided by parallel- constraint-satisfaction theory (PCST), we propose … gender stereotypes constrain the interpretation of observed humor such that humor expressed by males is likely to be interpreted as more functional and less disruptive compared to humor expressed by females. As a result, humorous males are ascribed higher status compared to non-humorous males, while humorous females are ascribed lower status compared with non-humorous females.

When my sons were younger, I delighted in asking them this question: If someone tells a joke and no one laughs, is it still a joke? They’re both in their 30s now, and neither of them has gotten back to me on that. But since I became aware of these studies, I’m sure the answer is yes, regardless of gender stereotypes.

Do the Lighten Up

In one of my first corporate jobs, I worked with a woman, her name was Donna (still is, I imagine), who was known to be bossy. Ya know what? She was. And she was damn good at it. She knew what she was doing. She knew what others should be doing. She directed them accordingly. And she didn’t take any shit.

She also happened to be hilarious. For her ostensible bossiness and her frequently caustic sense of humor, she was uniformly liked and respected. Because I worked so closely with her, I loved her. As soon as I left that company for another, I missed her terribly.

Considering the conflicting studies cited above — and because of my firsthand experience working with a confident, thick-skinned pro like Donna — I have a modest suggestion: Let’s get the hell over ourselves, shall we? Sticks and stones may break our bones, but if PCST is our only tool, words will always hurt us because every one has to look like a grievance.

If we can’t grow up, the least we can do is lighten up.