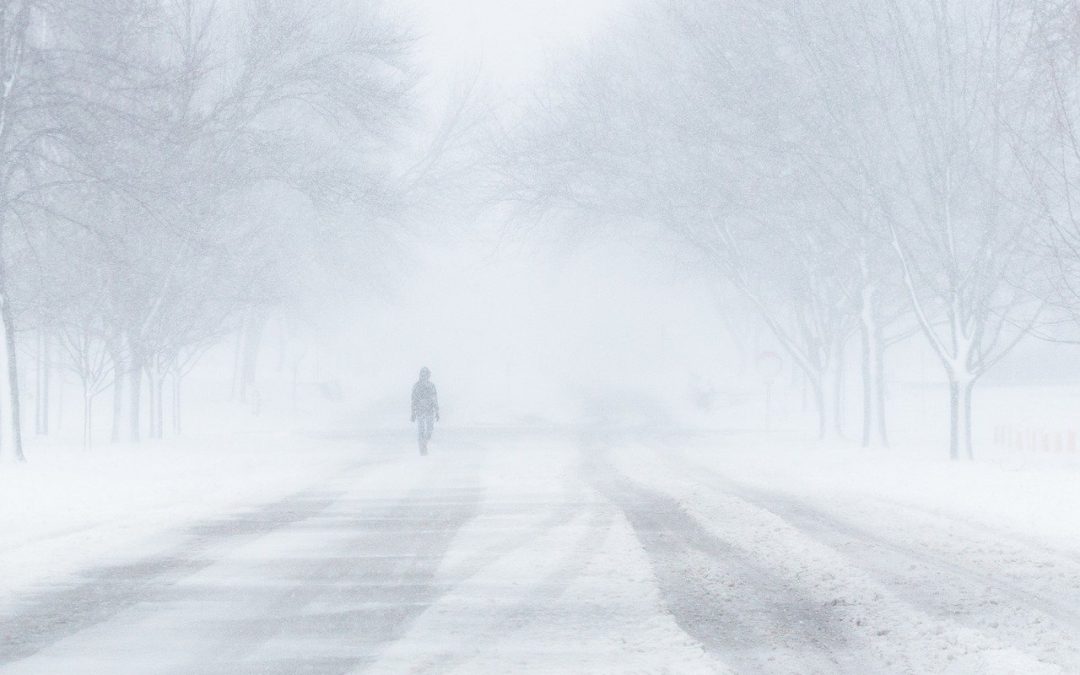 You think you got problems?

On Saturday, parts of Connecticut, including the one in which we live, experienced what was uniformly described as a snow squall event. It started at 4:15 p.m. and was over by 5:00 p.m. It was characterized by near white-out snowfall and swirling, high-velocity winds. If I’d been tuned to CNN earlier in the day, I’d have been duly warned of this apocalyptic catastrophe and given adequate time to panic and get the women, children, and pets down into the bunker. But we’ll get back to CNN in a moment.

Curious as to how or why this snow squall event differed from a snow squall, I placed a call to Dr. Milwood Squeamish, a professor in the Meteorology Department at Western Connecticut State University (“the only college or university in Connecticut offering undergraduate and graduate degrees in meteorology [emphasis theirs]”). After being put on a brief hold (“Dr. Squeamish is currently dealing with a snow squall event”), the good doctor got on the phone:

Me: Good afternoon, Dr. Squeamish. I’m calling from TITS (Truth in Tautological Speech). I’m wondering if you can tell me the difference between a snow squall and a snow squall event.

Me: I see. Is there a more scientific explanation for this linguistic phenomenon, even if you can’t explain the difference between allegedly distinct meteorological phenomena?

Squeamish: The science is settled.

Can You Top This?

A CNN headline on Sunday morning brought even more ominous meteorological news: “Millions of Americans will be forced into an involuntary polar plunge this week”:

Temperatures will be 10 to 20 degrees below average over the northern tier states by Monday morning … And that’s just the beginning. The thermometer will slip to 30 to 40 degrees below normal by Tuesday and Wednesday, as a strong high pressure system begins to spread Arctic air farther south and east. Many cities will see a sharp polar plunge in a 48-hour span.

Forced? What do they mean by forced? With a smidgen of critical thinking, several informational tidbits can be derived from this CNN story:

After this, I’m looking forward to summer and this CNN headline: “Millions of Americans will be forced into an involuntary heat wave this week”.

Can you imagine what CNN would do with a global pandemic?