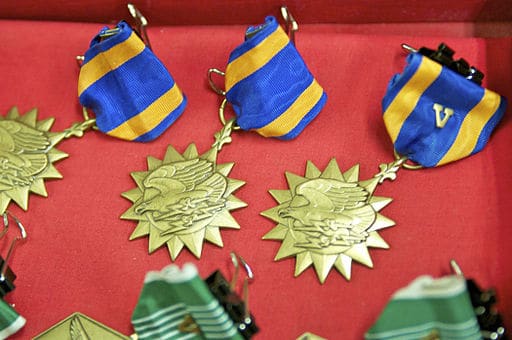 One of my older sister’s favorite expressions is this: “No guts, no air medals.” While it does seem harder and harder to find people with guts these days — people with the courage to stand up, stand out, and tell difficult truths — there are still some around. Ron Baker is just such a person. I know that because he wrote this: “Annual Performance Appraisals Need to Go!” In it, he also wrote this:

There’s no effective way to implement a bad idea, and annual performance appraisals are a bad idea.

Knowing she meant neither of those remarks to be complimentary, I wonder now what I wondered then: Why did she write them? What was she afraid of? Would she have been happier if I’d been less contemplative? How little of what I’d learned would she have been comfortable having me bring to any given project? If she didn’t want my best effort, by what sliding scale might she have determined the second or third-best with which she might have been more content?

Did she have a particular fondness for fools, or did she just feel sorry for them? Did she think they comprised some kind of special-interest group, the animosity of which she was loath to incite? Was she attempting to curry favor with her boss by seeming to share his disdain for creative types? Did she want him to think she’d taken his apparent antipathy toward my being Irish to some further extreme?

None of that wondering matters. The only thing that does matter is the fact that annual performance appraisals are opportunities for the appraisers to practice subjective objectivity — to feign empirical impartiality while exorcising personal demons, exercising arbitrary pettiness, and grinding axes, however unwittingly.

Ron Baker’s right: The annual performance appraisal has to go. While bureaucracies thrive on it, there’s no place in any business for subjective objectivity.

P.S. I refused to sign my boss’s appraisal of me until she removed the offending comments. To her credit, she did.