The Blissful and Bizarre World of ASININE 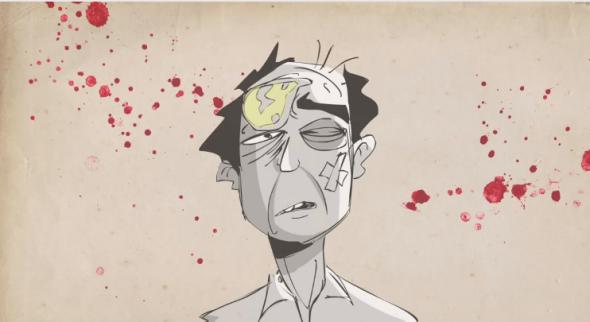 I love the Internet because it’s an endless source of mindless distraction. It’s also a wonderful way to discover the mindless things with which other people distract themselves. One of my more recent discoveries is ASMR or Autonomous Sensory Meridian Response. I came across it in an article called, “The blissful and bizarre world of ASMR“. The jury’s still out on the blissful part. But the verdict’s unanimous on bizarre.

The article introduced the concept of ASMR thusly:

Have you ever stumbled upon an hourlong online video of someone folding napkins? Or maybe crinkling paper, sorting a thimble collection or pretending to give the viewer an ear exam? They’re called ASMR videos and millions of people love them and consider watching them a fantastic way to relax.

These examples are, of course, latter-day examples of this old joke:

Why did the moron bang his head against the wall? Because it felt so good when he stopped.

Most people would prefer to be doing almost anything other than folding napkins, crinkling paper, sorting thimbles, or getting an ear exam. The relaxing part of watching others do that stuff is relief at not having to do it yourself.

If the examples above reflect the old joke about the moron, (they do), they also suggest we’re shooting alarmingly low and developing an appallingly distinct lack of imagination. Getting off the hook for having to fold napkins, crinkle paper, sort thimbles, or get an ear exam is the best we can do? Come on. We have to be able to do better than that.

We aim above the mark to hit the mark.

So, if we’re going to provide some serious relief from drudgery — if we’re going to give people an opportunity to feel significantly better about their lots in life — I humbly suggest we create the blissful and even more bizarre world of ASININE (Autonomous Sensory Immunity Neurological Impression Numbing Effect). ASININE allows us to get a little more aggressively imaginative, make some videos that’ll provide seriously meaningful relief, and really get some brains tingling.

Here’s a short and very modest list of ASININE ideas:

If you don’t think there are a great number of people in the world who can come up with ideas even more ASININE than that, you’re not paying attention.

—
Image courtesy of Blank on Blank and PBS Studios