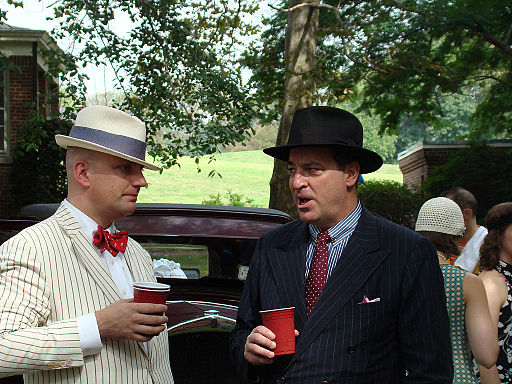 I’ve identified a new psychological phenomenon. I’ve called it The Gatsby Syndrome. Because we just can’t get enough abbreviations, I refer to it as TGS. I’ve created a foundation through which to study it. I’m going to try to get it listed in the Diagnostic and Statistical Manual of Mental Disorders (DSM, of course). And I’m going to get absurdly famous and obscenely wealthy because of it.

What’s TGS? Well, since you asked, it’s the condition by which we’re unable to discern dreams from obsessions.

I know what you’re thinking. You’re thinking such inability is a clear manifestation of Urbach-Wiethe disease. It’s not a bad supposition. But here’s the difference: Urbach-Wiethe sufferers have a physiological inability to experience fear because their amygdalas have been compromised by a genetic disorder. Obsessives suffer from a psychological inability to experience fear because their capacities to learn from their own experiences have been compromised by a preoccupation with ersatz goals.

Symptomatically, TGS manifests in a number of ways. It presents in the refusal to acknowledge reality, to consider more than one way of doing something, to recognize there are — let alone to contemplate — alternatives, to respect and heed the counsel of others, to make course corrections when circumstances indicate their need. In extreme cases, TGS compels those who contract it to go down with ships that needn’t have been scuttled.

As you might guess, TGS is yet another business lesson to be derived from literature, taking its name, as it does, from The Great Gatsby, in which F. Scott Fitzgerald wrote unforgettably:

“If it wasn’t for the mist we could see your home across the bay,” said Gatsby. “You always have a green light that burns all night at the end of your dock.”

Daisy put her arm through his abruptly, but he seemed absorbed in what he had just said. Possibly it had occurred to him that the colossal significance of that light had now vanished forever. Compared to the great distance that had separated him from Daisy it had seemed very near to her, almost touching her. It had seemed as close as a star to the moon. Now it was again a green light on a dock. His count of enchanted objects had diminished by one.

To make your tax-deductible contribution to the TGS Foundation, please visit www.rightmakesright.org. To contribute by phone, please call 1-800-TGS-POOF. But hurry. This dream may soon become an obsession.

—
By istolethetv from Hong Kong, China (spy vs spy  Uploaded by Fæ), via Wikimedia Commons.