The New Prophet of Profit 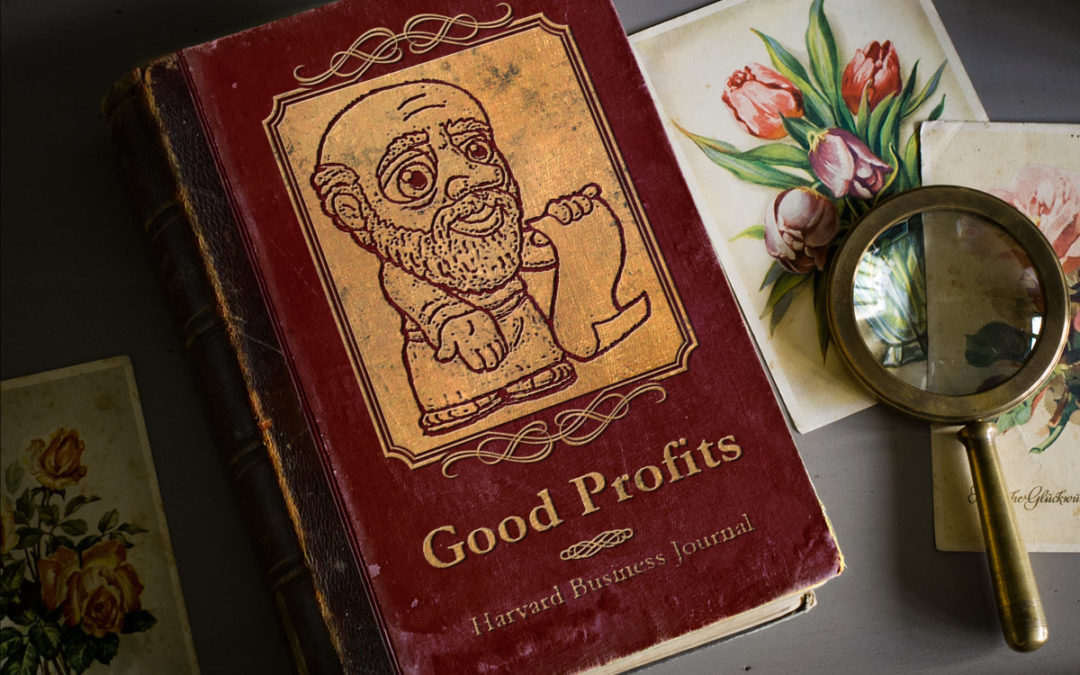 WE INTERRUPT THIS BROADCAST TO BRING YOU A BREAKING NEWS BULLETIN: THE INTERNATIONAL OLYMPICS COMMITTEE (IOC) HAS JUST ANNOUNCED THE HOST COUNTRY FOR THE 2022 WINTER OLYMPICS WILL BE HELL. WE NOW RETURN YOU TO YOUR REGULARLY SCHEDULED PROGRAMMING.

“Dude,” I hear you ask, “are you absolutely certain Hell has frozen over?” Yes. I’m certain because Harvard Business Review (HBR) published an article — “Companies Don’t Always Need a Purpose Beyond Profit” — in favor of profit. Profit! You know, that evil shit that’s sometimes left over when the price the market will bear for a good or a service exceeds the cost of producing and delivering said good or service.

In fact, the article actually includes the following statement (please sit down before reading any farther):

Business is a worthy purpose and economic wealth is an excellent way to do good in the world.

Bust out the skis, the skates, and the luges, kids, because you read that right. In this — the Age of Purpose, Authenticity, Fairness, Equality, Social Justice, and The Big Why — the flagship business publication of a venerable bastion of academic groupthink and identity homogenization has published a piece in praise of profit. Who’d ‘a’ thunk it?

Like this guy, I could die a happy man.

This may constitute something as cosmically significant as The Great Awakening. On the other hand, it may be just a random, fleeting attack of an uncharacteristic common sense. After all, if Marx is alive and well and living in the Harvard Business Review, it seems unlikely that something as demonstrably beneficial as profit should appear in HBR’s pages.

It also seems unlikely anyone at HBR had seen, read, or invested any credibility in this, from The Library of Economics and Liberty:

The last few centuries have seen us banish starvation and famine from a large part of the Earth. In the most successful countries, the average citizen now enjoys a material standard of living that would have made the greatest king of two hundred years ago turn green with envy.

And what’s been responsible for the fact that the average citizen now enjoys an increasingly higher standard of living? It’s not communism. It’s not socialism. It’s not collectivism. It’s not totalitarianism. Here’s a hint: It starts with c and ends with apitalism.

We could list exhibits in support of that argument from now until the proverbial cows come home. But modern man (as we say in the biz) isn’t terribly enamored of history and empiricism. Starry-eyed idealism, sophomoric utopianism, and feel-good narratives are much more to our liking, thank you. So, we’ll offer just one example for the purposes of this post: Exhibit A. (Be warned: It’s not for the unrealistic or the faint of heart.)

What’s that? Capitalism is corrupt? No. Human beings are corruptible. That corruptibility makes capitalism the most corrupt system — except for every other system that’s ever been instituted. If you don’t believe that, read some history and count the bodies.

If HBR has become the new prophet of profit, that really is, as Monty Python would say, something completely different.