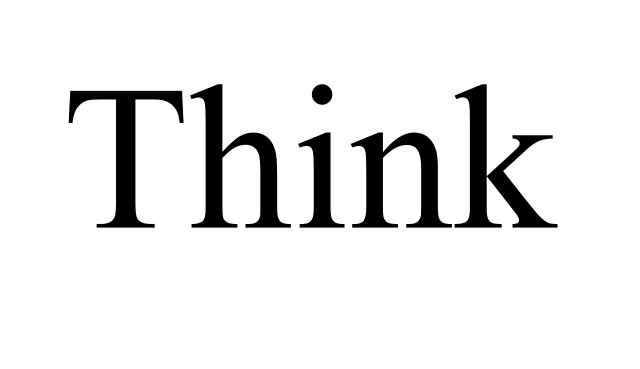 If you read enough, and long enough, you’re bound to come across something worth your time — the proverbial diamond in the rough; the product of a keen intellect; a thoughtful treatise, rationally conceived, soundly argued, and engagingly persuasive. The finding is as joyful as the reading.

On the website of The New Yorker, I happened on a blog post called, “The Pointlessness of Unplugging“. It’s written by Casey N. Cep, a wonderfully winsome writer whose wisdom beggars belief, coming from one so seemingly young. In the process of a thoughtful but thorough debunking of the fallacious notion of disconnecting from the world, Ms.Cep posits a point so salient, so intellectually engaging, so incisively and innocuously truthful, it rings in the mind:

The unplugging movement is the latest incarnation of an ageless effort to escape the everyday, to retreat from the hustle and bustle of life in search of its still core. Like Thoreau ignoring the locomotive that passed by his cabin at Walden Pond or the Anabaptists rejecting electricity, members of the unplugging movement scorn technology in the hope of finding the authenticity and the community that they think it obscures.

Magnificent. Cutting to the heart of philosophy — “Why are we here? — and cutting through the kultursmog of faux primitivism that purports to celebrate our organic roots, even as it ignores or disdains our spiritual, mythological lineage — Ms. Cep gives us two cogent sentences that trump the trampling trivializations of popular culture.

Ms. Cep’s comment puts her in august company. Example: In his essay, “Summer in Algiers”, published in 1938, Albert Camus, at the time also in his youth at age 25, wrote this:

If there is a sin against life, it consists perhaps not so much in despairing of life as in hoping for another life and in eluding the implacable grandeur of this life.

Our denial of reality has cost us our cultural reverence for the healing power of pain. We’ve forgotten that healthy growth — economic, personal, and political — productive change; deliberate, constructive restraint; and all other worthwhile things require pain, at least in this life. There’s no free lunch. There are no free rides. There are only choices. Amen.

If you commit yourself to those things, you too might find yourself in distinguished company. Albert Einstein wrote this in a letter to the College of the City of New York, defending the appointment of Bertrand Russell to a teaching position there:

Great spirits have always found violent opposition from mediocrities. The latter cannot understand it when a man does not thoughtlessly submit to hereditary prejudices, but honestly and courageously uses his intelligence and fulfills the duty to express the results of his thought in clear form.

In that passage, you’ll find common threads, dispositional connections between thinkers of different types, linked by intellect, philosophy, honesty, and courage: Casey N. Cep, Albert Camus, Albert Einstein: By virtue of their writing, all of us are able to derive our own lessons.

Trust yourself to do so. Isn’t that the point?