The Rule of Sevens 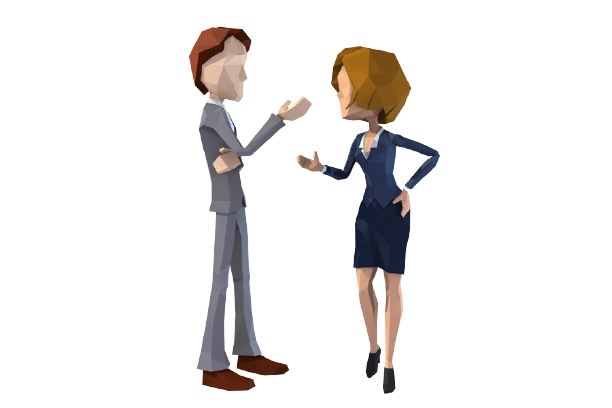 You can tell something’s in really deep trouble when you start to see articles about it. Given the diligence with which we’ve gone about removing meaning from language, conflating it with oppression, and weaponizing it in service to whatever our particular agendas might be, I wasn’t surprised when I found this in Inc. — “7 Words and Phrases That Make People Think Less of You Professionally“.

I love the smokescreen provided by professionally. It could have been personally, or politically, or ideologically. But that would have gotten so close to the truth it would have gotten the article, the author, and/or the publication labeled inflammatory, oppressive, or, worse, guilty of a microagression. (EGAD!)

But before we get to the Magnificent Seven, a couple of other things are worth noting. First, the article says this:

Not all these words and phrases offend all people, of course; there are always contextual variables at play.

That leads me to believe the article was picked up from something that was published in the 18th or 19th centuries. It had to have been because, since the mid-20th century until now, we’ve heightened consciousness and evolved states of enlightenent so refined and rarefied we’re now offended by all words and phrases, regardless of contextual variables.

Second, the article says this:

Language is what we use to create and foster relationships.

Wrong. Language is what we use shore up our status as victims. We’ve gotten to the point at which we’re afraid of free speech. We’re threatened by reminders of the fact that there’s more than one way to see everything. We’ve become so fragile that we’ve equated speech to violence. And we’ve elevated self-regard for our feelings to the point that we’d rather react emotionally (at times with actual violence) than to think critically.

We’re in deep shit, kids. But for now, at least for a little while, we can still pretend we’re not while we’re at work. And that brings us back to linguistic fluff like the article in Inc.

Applying Christian charity — or the willful suspension of disbelief, the choice is yours — let’s presume the author of the article wanted to be taken seriously. That might be a stretch. But let’s give it to her anyway. If our presumption is correct, she gets off on the wrong foot here:

That said [emphasis mine], here are seven unhelpful words and phrases anyone in the workforce should consider removing from their professional vocabulary.

She goes on to list the offending words and phrases thusly:

Because those are relatively innocuous compared to the real language crimes being committed in fluent corporatese, I’ve compiled a supplemental list of seven unhelpful words and phrases (and a sentence) anyone anywhere should consider removing from his vocabulary, lest he create the impresssion a sponge was implanted in his noggin, rather than actual gray matter, during his brain transplant. All of them prove the people who use them aren’t even listening to themselves:

The Rule of Sevens states this: “If you’ve identified seven words, phrases or sentences — let alone fourteen — that make people think less of you professionally, you probably should consider limiting your means of communication to sign language, flashcards, glyphs, infographics, or emojicons.” The case could be made that the Rule of Sevens should apply to personal communications, as well. It does not, however, apply to political or ideological communication, the points of which are to deliberately make people think less of you and to be as oblique, as obfuscatory, and as objectionable as possible.

When Confucius was asked how he’d restore order to the world, he said: “First, I would straighten out the language.” He was right. And I don’t think he was particularly concerned about people thinking less of him. I’d guess his aim was a little bit higher. Who knew Confucius was a dreamer?

If you don’t have dreams, all you have is nightmares.