The Science of Best Practices 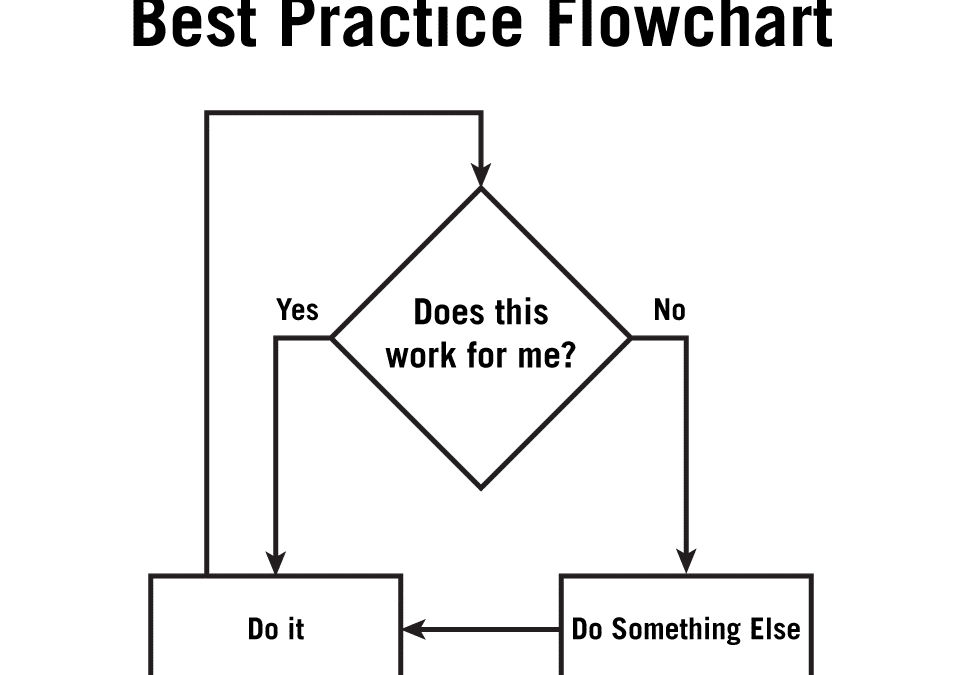 Though we’ve written about best practices before, we still hear references to them and read articles about them with disarming frequency. That frequency is disarming because it reflects stasis — a kind of settling for inactivity or unimaginativeness, rather than a relentless search for active improvement or creative betterment.

Perhaps the point is more effectively made if we liken best practices to paradigms — and pull the concept out of a business context and put it into a scientific one.

In his 1961 book, The Structure of Scientific Revolutions, Thomas Kuhn wrote this, which, one could argue, introduced paradigm, the term that became a buzzword, into the vernacular:

Paradigms gain their status because they are more successful than their competitors in solving a few problems that the group of practitioners has recognized as acute.

In that one sentence, we find a precursor to the notion of best practices; that is, we recognize that one paradigm or set of paradigms may be adopted to solve one particular problem or one particular set of problems. But the shortcoming in that notion is revealed in its verb tense, which happens to be the present perfect tense; although, it refers to the past.

This present perfect tense indicates an action has been completed or is in a state of having ended but not at any definite time in the past. Has recognized. That tells us the success of the paradigm has been perceived and accepted in hindsight. Accordingly and similarly, we perceive a set of activities to be a best practice only in retrospect.

But there’s an alternative. Later in the book, Kuhn writes this, indicating that — rather than looking to the past to derive practices in the present — we might look to the future; that is, we can choose to pursue, rather than to make do:

If we can learn to substitute evolution-from-what-we-do-know for evolution-toward-what-we-wish-to-know, a number of vexing problems may vanish in the process.

To translate Kuhn’s notion back from a scientific context into our business one, if we substitute what we’re doing for what we want, need, or aspire to be doing, best practices will have their own obsolescences built in. The good news is we’ll always be improving, and one of the vexing problems of business jargon will vanish. The bad news is we’ll no longer be able to tout best practices as a good thing.

If we do tout them, we’ll simply be advertising the complacency for which we’ve settled.