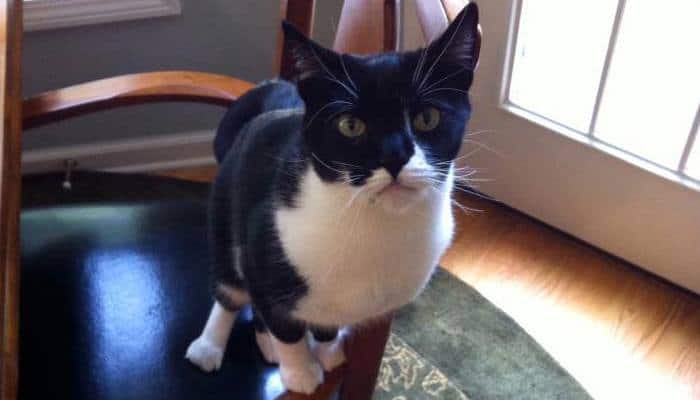 The other day, as I was giving my cat, Sammy, his usual evening repast, which consists of a half-can of wet food (he snacks on dry food all day), he said, “Just give me the whole shebang.” The next day, as I was repeating the process, he said, “Just give me the whole shooting match.” And that got me wondering: What’s the difference between a shebang and a shooting match?

After I broke all this down for Sammy, he said: “Fine, Larry. Just give me the full boat.” After a momentary pause, he added: “Ya know, I don’t think you’re playing with a full deck, Steve.” (For reasons known only to him, Sammy randomly refers to me as Larry, Steve, or Bill.) That, of course, sent me scrambling again.

I was reasonably sure I knew what was meant by full boat, a poker term that’s been extended to connote the entirety of something. Likewise, I was pretty comfortable with the full monty. But if I was right about the implications of not playing with a full deck  (I was), Sammy’s comment was something less than complimentary. I approached him boldly.

“Not for nothin’, Sam,” I said authoritatively. “But exactly why would you make a snide crack like that after I’d given you such a cogent, terminological elucidation?”

Doing his level cat-best to look nonchalant, Sam said: “I’m starting to worry about you, Bill.”

“Is it my vocabulary to which you object?” I asked. “Or is your beef of a different nature?”

“First of all, I don’t like beef, Steve. If you don’t have a mouse handy, I prefer fish. Secondly, I have no idea what you’re talking about.”

“Look, Sam,” I said. “That’s no way to be talking to the guy who feeds you and cleans your litter box.”

“Just give me the whole entire enchilada, Larry. And tell your story walking.”